My 7 Strategies in a New Leadership Position 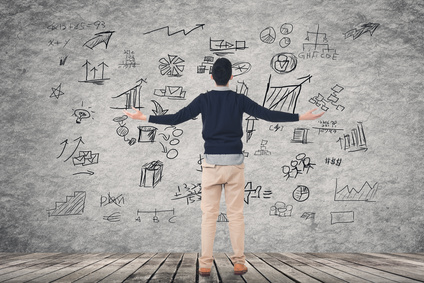 The first couple years in my last position were challenging and fun at the same time. I met so many wonderful people, but there were more opportunities than time it seemed.

It proved to be a great ministry assignment, and I thank God for the opportunity, but it did require intentionality.

If you know me at all, you know I’m pretty strategic. I was strategic from day one.

Here were 7 elements of my strategy for the beginning days:

Get to know key leaders

I tried to get to know the staff and key influencers in the church. I believe God uses the influence of others to build His church, so I wanted to know who I would be working with in the days to come. Think of it this way – if Moses was implementing the “Jethro method”, his primary energy would need to be communicating and investing in those leaders he enlisted to lead others. I used this approach. If I hoped to make any substantial changes I knew I would need these influencers support.

I’m doing the same again. I’m getting to know board members, substantial donors, key client churches and senior staff members. I can’t know everyone immediately, but I need to know the people who have the largest influence.

Let people get to know me

For an introvert it was exhausting, but I was very visible in the early days. In fact, in my ministry I’m usually always very accessible, just as I am online. I have written before (HERE) I may not always be available but I can always be accessible. I wanted people to feel comfortable with me and trust my leadership, so I think they needed to see me frequently – even more so in the beginning days of my pastorate.

In this new position I don’t have the benefit of Sunday mornings. I have to rely on non-traditional methods. Sometimes people will only learn me by what we post online. I’m trying to keep that in mind as we do.

People wanted to know where I was going with my leadership. I set an initial 7 part vision for the people. I really wanted 3 or 4 initial initiatives, but I landed on 7 – because all these seemed important. They were all things I was passionate about implementing. Some got started faster than others – we are really just seeing a couple of them come to fruition – but the church seemed anxious to get behind all of them. And, just to be clear, I didn’t lead all of these initiatives, but I was the chief vision-caster for them.

In this new position, I’m doing something similar. I’m trying to land on a few key areas where we need to grow. The more I limit our reach the better we can focus and succeed.

I looked for some things I could immediately impact and change for good. These were things I believed everyone could agree with, didn’t require a lot of resources or long debates. There were a few minor paperwork nuisances which impacted staff morale I changed immediately, for example. I invested energy in some areas of ministry which never received a lot of attention, but motivated people. I re-energized some areas the church had previously been excited about, but weren’t seeing much excitement about currently.

In this new role, I wanted to learn some places people were excited about and would rally around again. In our context, that was doing more with innovation and putting pastors in peer groups. We aren’t there yet, but at least we know where we need to fuel engagement.

I could be wrong, and I’m sure people will tell me if I am, but I’m working overtime to make connections in this new role. Some of these connections might take years to make, but I’m trying to shorten the time. I know it’s valuable to building for the future.

I realized I’m only one person and although everyone wanted some of my time and there were more ideas than we could ever accomplish, I knew I would burnout if I didn’t pace myself. This meant I said no to some things – really many things. It wasn’t easy to say no to such eager people, for me or them, but I knew it would prove best in the end if I was able to last for the long run.

I’ve received some similar feedback in this new role. Some staff members have indicated they haven’t spent as much time with me as the would like to in the future. I understand. I feel the same way. I can’t, however, be everywhere I want to be and be effective where I need to be. I have to see the marathon over the sprint.

Moved slowly on the biggies

Being honest, there were some big items I knew I’d like to change immediately. I had enough prior experience, however, to know some changes are too big to launch quickly. I could have. I was in a honeymoon period. I could probably have “gotten away with them”, but the people didn’t really know me yet. I might have won a battle, but I would have lost the war. (To be clear, there wasn’t a battle – just using a cliche.)

I’m there again. There are so many things I “see”, but I can’t yet “realize”. I know I must take things in sequence and with patience. (And patience is hard for me.)

Ever been the new leader or the new pastor? What advice do you have for me?