7 Impractical Leadership Practices I Use Often 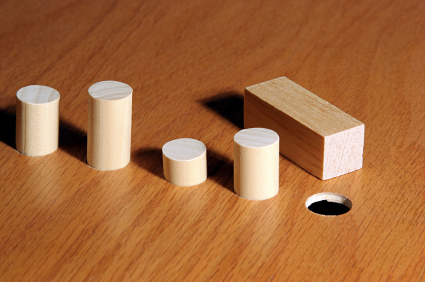 Honestly, good leadership isn’t always practical. Or so it may not seem at the time. Sometimes it would be easier just to take the most efficient way. It’s less controversial. It allows the leader more control. Things can happen quicker.

I’ve learned, however, the most practical way isn’t always the most prudent way.

I don’t make major decisions alone – even if I have the authority.

I always invite a team of people, many wiser than me, to help me discern major decisions. I realize it slows down the process. Sometimes it even kills my plans, but it has protected me over and over from making foolish decisions.

I try to kill my own ideas.

I try to find the holes in my ideas and even try to talk people out of it after they’ve already bought into it. I know – that’s crazy, right? Time and time again though this process has improved the decisions I make and it always builds a sense of ownership for everyone on the team.

I always respond to criticism.

What a way to slow down progress! Talk about insane. Why listen to people who have negatives to add to the positives? But, I even listen to anonymous critics sometimes. I previously wrote the RIGHT WAY and WRONG WAY to respond to critics, but I’ve learned that criticism often is correct and it always makes me better. Whether I yield to it or not, it forces me to consider sides I wouldn’t otherwise.

I spend a lot of the most productive days doing “nothing”.

I take walking breaks through eh building. It allows me to talk to people where I learn things I wouldn’t any other way. I exercise during the day. I take intentional breaks in my schedule to workout. It fuels me to finish the day stronger. I allow people to “drop in” to my office unannounced. It makes them believe I’m truly accessible.

I give away tasks to less experienced people.

I do it all the time. I surrender my right to decide to someone who often has many years less experience than I have. Some would call that dumb, but I call it genius. Many of the best leaders on a team are “discovered” this way.

I push for best.

It’s always easier and faster to compromise. Settling for mediocre saves time and energy – and it makes a leader more popular! I work through conflict to get to the best solution for everyone. I know it is time consuming, but in the long run the organization wins!

You heard me. I’ve let people make a mistake I knew they were going to make. How dumb can one leader be, right? Why not jump in to save the day? I’ve learned, however, if I do always stop what I see as a mistake, I may miss out on something I can’t see. Great discoveries are often made by allowing the mistakes to take place. I’ve learned my best leadership from the mistakes I’ve made. Others will also.

So much for being impractical. Way to waste some time. Good job being Mr. Inefficient! But, if you want to be a great leader, find ways to avoid practicality.

Of course, when you consider the bigger picture – maybe these are actually most practical.