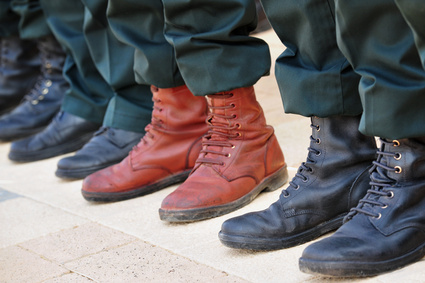 Have you ever heard the phrase “odd person out”?

I’ve been odd man out numerous times. Some people assume because I’m a pastor I can’t also be fun. So, there are many social events I don’t get invited to attend.

We’ve all been excluded at some point in life for some reason.

It’s a bad thing to be “odd person out” by no choice of your own, but some people actually place themselves in the position by decisions they make and how they respond to others on the team.

In fairness, it may or may not be a conscious decision they’ve made, but they simply don’t fit well with the rest of the team.

If unaddressed it can be dangerous for organizational health. Trying to build consensus or form team spirit becomes more difficult. Morale is infected by the intentional “odd person out”. Spotting this as the problem can avoid further issues.

Resistant to every change – Whenever a new idea is presented, these team members are always the first to say it won’t work.

Negative – about everything – These people see the glass half-empty. Always. They have a hard time seeing anything good about the organization, the leader, an idea – and sometimes life.

Always have an excuse – It’s not their fault. It’s always someone else’s.

Never have the solution – These team members see their job to point out problems, not to help solve them.

Hold opinions until after something isn’t working well – When something doesn’t turn out as hoped, they make sure everyone knows they were opposed to the idea from the start.

Talk behind people’s back – Rather than going to the source, they stir drama by talking about someone rather than to someone.

Refuse to participate in any team social activities – Who needs them, right? Why would they want to hang out with people they work with? They might get to know them – and let others get to know them.

Don’t buy into the vision – And this often translates into working against the vision.

These people distance themselves from others on the team by the way they respond on the team. Have you ever worked with anyone like this?

It should be noted, this doesn’t mean these are bad people.

Many times, I’ve learned, these people were injured in some way previously. It could have been on the job or in their personal life. They may have social disorders, which need to be addressed. Sometimes they are negative about their own life and bring this attitude into their professional life.

Understanding why they feel as they do can help address their performance on the team.

I should also note, I’m not advocating always agreeing with a team. It’s okay to have different opinions, challenge the system – and even the leader. Differing viewpoints help make us all better. The key is to do so in a spirit of cooperation, not a spirit of disruption. You don’t have to be the odd person out – even if you’re different from everyone else.