3 Ways Silence is Misdiagnosed on a Team 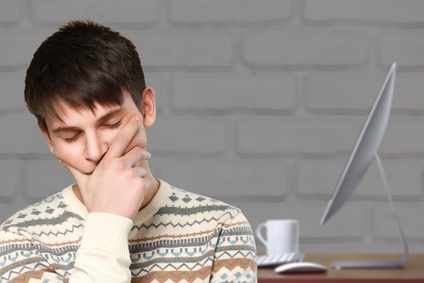 Good communication is so important on a team. Equally important, if the team is to be healthy, is that everyone on the team has their thoughts and opinions heard.

I am a firm advocate that everyone on the team should have a vital role. It’s why I write so much about delegation and empowerment. If a leader believes in someone enough to have them on the team then they should believe that person brings something unique and valuable to the team.

This also means leaders should want everyone on the team to have an equal opportunity to express themselves – to let their voice be heard.

Through the years of leading, I have learned there are a number of reasons a team may not share their opinions. It could be their introversion is more dominant than the extroverted atmosphere invites them to participate. (I can relate to this one personally.) It could also be, even in spite of what a leader says, there is a perception among the team of when one can speak. And, many other reasons.

The biggest problem for team dynamics, in my opinion, is how misunderstood silence can be. When someone doesn’t communicate, we may never get to the real reason – certainly not to the team dynamics – because we misdiagnose their quietness.

I have learned some of the smartest people are some of the quietest people. When we do hear from them it’s always valuable and helpful.

Some think the one not communicating doesn’t care – either about the subject or the team. They feel they have checked out from the discussion. The leader may still support the person on the team as a whole, but they overlook their participation on a particular subject or project.

This is a common misunderstanding in team meetings. It could be the person takes notes on their phone – or they are multi-tasking (which can be frustrating), but it may not mean they are disinterested. As leaders, we may even need to help people our teams learn some ground rules of meeting etiquette.

This is usually for someone on the team who used to participate freely – their voice was heard, but they currently seem disengaged.  They falsely believe the person not communicating – or their lack of expressed opinions – indicates they have become shallow in their commitment to the team.

This is perhaps the most dangerous misdiagnosis, because at this level the leader may mistakenly believe this person has “checked-out” from the team. They basically give up on the team member and stop really investing in them. For the person, it could be a season they are in, personal issues they are dealing with , or even a misunderstanding between the leader and team member. It’s important as leaders we explore this new silence.

Leader, be careful not to misdiagnose silence. Silence can be deadly to a team. Some people are simply quiet because they are quiet. It’s personality, but doesn’t indicate intelligence, commitment or interest. Others go through seasons – and, you can lose a really good person if you overlook the real causes of silence.

Part of growing as a leader is learning your team and how to hear from everyone on your team. It’s a continual work in progress for most of us.