7 Things Which Drive Me Crazy in Leadership 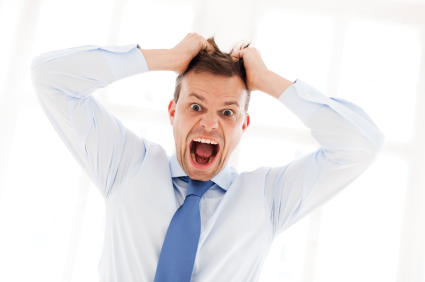 There are some things in leadership I could almost say I despise. Those things are almost always the ways people misuse or even abuse their leadership power – or the way other people respond to any attempt at good leadership.

And I have probably been guilty of many of these in my career. But, mostly looking backwards at the results, I hate when I did them as well.

Perhaps you have your own list, but this is mine.

7 things which drive me crazy in leadership:

Responsibility without authority – If you ask someone to lead something – let them lead. Don’t make them jump through humps, constantly come back to you for approval, or second-guess everything they do.

Small-mindedness – I like big dreams and those who dream them. It wears me out to be around people calling themselves leaders, but limiting themselves or their organization to mediocrity. I know I’ve never once out-dreamed God. Nor has any of us.

Naysayers – There is always someone who says it can’t be done, it hasn’t been done this way before, or no one will support your idea. It could be the result of their own misfortunes or it could be the way they are wired in general. Listen to wisdom, even constructive criticism, but don’t fall victim to people who resist every change.

Power protectors – Leaders who are easily threatened by others, always try to control people, or only say what they think people want to hear in order to be liked limit people and the organization.

Caution motivated only by fear – Some leaders refuse to take any risk if there is a chance it might not work. They take the safe route – especially when any outside pressure rises against them or the idea. Many times this is seasonal and based on circumstances, but sometimes it is a personal wiring of the leader. (By the way, I can be guilty of a number of these, but this one can impact me the most. I personally prefer a bold move of faith, but many times I let fear get the best of me.)

Bully management – Some leaders attempt to get results by force. They beat people into submission, never appear to be satisfied, or badger people to perform. This has always seemed like cowardly leadership to me.

Passion squelchers – I’ve known leaders who never liked an idea – unless it the idea originated with them. These leaders tend to say no to people more than they say yes. They don’t encourage growth in those around them unless it directly benefits them. Good leaders energize others to realize their individual dreams, even if there is no immediate benefit received to the leader or the organization.

What are some things you despise in leadership?