7 Ways a Wife Injures a Husband – Without Even Knowing It 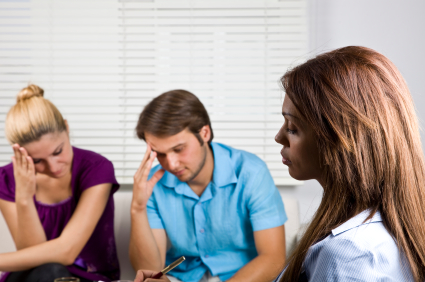 I was talking to a man the other day. He’s injured. Not severely. He will survive. Hopefully. The wounds aren’t deep. Right now. But he is injured.

It’s an emotional injury. Sometimes those are the worst kind of hurts.

The person doing the injuring: His wife.

And she – most likely – doesn’t even know she’s doing it.

I’m not. It happens all the time. She’s probably injured too. And he doesn’t even know he’s doing it to her. (Make sure you read the companion post to this one about how the husband injures the wife.)

Marriages are made of two very different, imperfect people. Plus, we often injure most those we love the most.

My friend is newly married. Over the course of the last few months he’s began to realize how many things his wife is saying and doing that are causing him to pull away from her. He even recognizes his reaction as a defense mechanism. Rather than start a fight, he withdraws. And he’s withdrawn to the point that he was willing to admit his hurt – which is difficult for any man to do. I was proud of him for being humble enough to ask if this was normal in a marriage.

It didn’t take long before I realized, however, this marriage is heading for disaster if they don’t address their issues soon. There’s a great chance she has questions about the relationship also. Thankfully, they’re in a great season to ask hard questions – learn valuable lessons – and strengthen the marriage.

I should be clear. This is not a counseling blog. And this couple needs counseling. Even though I have a degree in counseling, this is simply a blog where I want to help people. Mostly that’s by addressing leadership issues, but sometimes I address the issues dealing with relationships – families – marriage – children. Those issues impact us all – and our leadership.

Which led me to this post – addressing the ways wives injure their husbands – without even knowing it. I realize this works both ways. As a man, I feel most prepared to address this side of the issue. As I said, read the companion post. I consulted with my wife about it – 7 Ways a Husband Injures His Wife…Without Even Knowing It.

Here are 7 ways a wife injures her husband (without even knowing it):

Put him down in front of other people – Most men will not counter this type of humiliation in public – if ever. They will simply take it – and hurt. If they do eventually address it it will be out of stored up resentment – maybe anger – and it won’t be pretty.

Go behind him (and correct him) when he tries to do something at home – When you always show him how much better you can do things than he can do them, his ego is injured. When he fixes the bed – for example – and you follow behind him showing him the “correct way” immediately after he finishes, he is reminded he doesn’t measure up to your standards.

Constantly badger him – If he doesn’t do what you want him to do and you remind him. Again. And again – never accomplishes what you think it will. In fact, it injures him with the opposite result.

Use the “you always” phrase excessively – Because – he “always” does. Chances are that’s not really true, but when you accuse him that he always does – sadly it only helps build him into a man that always will.

Hold him responsible for your emotional well-being – Acting as if he’s the reason you feel bad today – and every other day you feel bad – puts undue pressure on him and he doesn’t know what to do with it. And you don’t have to tell him. You can simply and subtly just be in a bad mood towards him – without releasing him from guilt or letting him know he’s done nothing wrong. He will accept the “hint” as his own responsibility. He will think it’s his fault even if it’s not. And he carries the pain.

Complain about what you don’t have or get to do – He has a desire to fix things. He wants to be a provider. Every man does. Some attempt to live it out and some don’t. But when he’s trying, doing the best he can, yet he feels he isn’t measuring up – he’s crushed. When you are always commenting on what other women have or what other men have accomplished – that you don’t have and he hasn’t provided – he carries the blame even if you’re not intending it to be his.

Don’t appreciate his efforts – Want to injure a man? Refuse to appreciate the things he feels he does well. It could be work, a hobby or a trait, but a man feels part of his identity in the things he does. When you don’t find them as “valuable” as he does his ego is bruised.

The reality is a man’s ego – self-confidence – sense of worth – is greatly tied to his wife. Just as a woman’s is to her husband. We can be fragile people. Some more than others. And some seasons more than others. Understanding these issues and addressing them – with a third party if necessary – build healthier, stronger and happier people and marriages.

I understand some women, especially the equally or more wounded women, are going to take offense to this post. I get that. I’m prepared for that – I think. All I can say is that you can’t measure my heart or my intention. As I said, I aim to help. You can’t address what you do not know. If you are guilty of any of these, the response is up to you. If not, well, thanks for reading to this point in the post anyway.

I’m praying this lands on ears that need to hear.