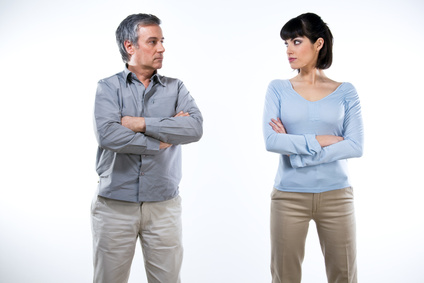 I recently wrote two blog posts 7 Ways a Wife Injures a Husband…Without Even Knowing It and 7 Ways a Husband Injures a Wife…Without Even Knowing It. These two posts have quickly become the most read blog posts in my blogging career. I received lots of feedback. Numerous sites re-posted them. I made a new friend when Stronger Marriages shared them. I can see Dave Willis and I becoming friends and working together in the future.

One site, Charisma Magazine, suggested I add more ways husbands and wives injure each other, based on the two post’s feedback.

Here are 7 more ways husbands and wives injure each other:

Sarcasm – In my original post, I wrote it with some sarcasm, explaining it was easier that way to address a more difficult subject. I still think it was easier, but it wasn’t received well by everyone. A few very vocal people were offended, so I edited that version. It reminded me though why I wrote the post. We sometimes unknowingly hurt one another in the way we approach an issue. That certainly was not my intent. Attempting humor isn’t funny if it’s only funny to you, but actually hurts another. (And, I also learned that some people need to learn how to better offer constructive criticism.)

Comparison – I learned that some were offended that they were grouped into a general post, rather than making one post for husbands and wives combined. I get that. We do generalizations all the time though. Conservatives, liberals and moderates. Introverts and extroverts. At the same time, I understand that no one is just like someone else. We are all unique, but equally true, in many ways we are also alike. We all have similar needs and desires. Still, it did remind me of a way we injure our spouse and so the the point is well taken. We should be careful not to compare our spouse to others — especially in a negative way. They are unique individuals.

Ignoring – Some commented they feel ignored in the marriage. It could be the response to an argument or the boredom in a relationship or simply refusing to actively listen. But, when a spouse pretends the other spouse isn’t even in the room — or makes the other spouse feel as if that’s the case — it hurts.

Lack of contentment – Numerous people indicated they were tired of their spouse never being satisfied in the marriage. It feels to them like the discontentment is towards them. In the relationship — in life — with social status — with finances — when one spouse is never satisfied, even when the dissatisfied spouse doesn’t intentionally or knowingly blame the other — it injures. Deeply.

Putting others first – Some spouses feel forgotten — or neglected. When everyone else gets the best of a spouse’s time and the family gets the leftovers — it injures the relationship — and the heart of the neglected ones.

Ignoring a spouse’s needs – Several spouses noted they were hurt most when their spouse didn’t realize how something was so important to them. It could be as simple as closing the cabinet doors, which may seem like a frivolous request to one spouse, but to another, it drives them crazy. When we act like it doesn’t matter or isn’t “that big of a deal”, we injure the one to whom it is a big deal. (Now granted, everything can’t be a big deal — or nothing really is a big deal, but we should value the other person enough to care about the things they care about, and, when it’s easy enough to do, why not comply?)

By the way, the last example is one from my own marriage. It doesn’t matter to me that a cabinet door is slightly ajar. It bothers my wife greatly. I can clearly see that cabinet doors were designed to close. So, knowing it matters to her — I close them. Easy enough. For more complicated issues it requires better communication, mutual understanding and a willingness to humble ourselves in the relationship. When two spouses are doing this — and yes, it takes two — I am convinced that any marriage can be a great marriage.

Sadly, in my experience, many people think they are doing that, but they are really only expecting one spouse to do all the humbling of themselves. If the other spouse would only see and do thinks their way things would be good in the marriage. That doesn’t work, however. It takes two people, both willing to collaborate and compromise towards a greater reality of the two unique individuals becoming one.

Let me close by sharing a couple of general thoughts. First, I’m trying to help marriages. I realize all of these — maybe none of these — apply to your marriage. Some marriages are in serious trouble and these posts can’t help at the stage where you are at right now. You may need professional counseling and I strongly encourage you to get help if needed.

Some have dismissed these as too elementary. I understand that too. Although, I must say, some of the replies were extremely harsh and unkind in the way they expressed themselves. I seriously couldn’t help but wonder if that type response is occurring in the marriage if there is a wounded spouse and the spouse doing the injuring is totally unaware of the hurt they are causing. (Which is why I wrote the posts.)

No post can be an answer for everyone. I’m grateful, forever, for the numbers who have been positively impacted by them. I’m overwhelmed by your responses. Thank you.

Now, help other marriages (and be kind in your reply).

What are other ways husbands and wives injure each other — without even knowing it?