7 Ways a Husband Injures a Wife – Without Even Knowing It 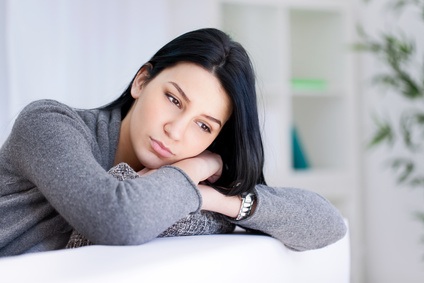 My post “7 Ways a Wife Injures a Husband…Without Even Knowing It” has been a popular (and unpopular) post.

Of course, a companion post is warranted. Guys, we injure our wives. All of us do. We are different and the way we respond to our wife often causes injury. And, most of the time, it’s unintentional. We didn’t even know we were doing it.

I’m not making excuses for us. We should strive to learn our spouse and do better at understanding our differences, communicating better and injuring less. That’s what this post is about. Awareness. Understanding.

I ran this post by my wife, so it’s Cheryl approved, although it wasn’t that hard to write. As a counselor and pastor, I’ve worked with hundreds of couples and have seen this countless times. I wish I could say I never did any of these, but this would be a lie. This post is written with one finger pointed forward and four more pointed my way.

Here are 7 ways a husband injures a wife – without even knowing it:

Cuts her out of the discussion – When you act as if she isn’t even there or wouldn’t understand what you’re talking about, she feels a part of her is detached. She sees the marriage as a partnership – in every part of life – even the parts she may never fully understand.

Fails to notice the difference she makes – A woman doesn’t want to be appreciated for only what she does. She wants you to appreciate who she is, but you can admit it – she does a lot. Whether it’s decorating the house or making sure the clothes are clean – or that you have your favorite soap – a woman wants to know what she does is valued by you.

Underestimates the small stuff – You only said “this” but it was “THIS” to her. And it hurts. You may even think it’s funny. She may even laugh. But it is often building a wall of protection around her heart each time you do. The key here is that you can’t talk to her like you might talk to another guy. She hears and feels deeper than you do. Words can and do hurt.

Speaks with curtness – When you talk down to her, as if she’s somehow less than you, you bruise her spirit. Deeply. And, you know she’s not less than you – you don’t even think she is – she just can’t tell that sometimes based on your tone and the way you talk to her.

Corrects her as she’s talking – This could be finishing her sentences or speaking for her in the company of others. She feels demeaned and devalued when you present her to others as if she can’t compete with you in original thought…which you know isn’t true. (My wife is much smarter than me.)

Acts suspicious – Don’t misunderstand or misapply this one. When you hide information, even when you think you’re protecting her, you cause her to question your motive. When you protect your calendar or act like you are upset at the question, “What did you do today?” or “What did you talk about?” or “Who was that?” when someone calls, it gives her an eerie feeling something is wrong. And, that hurts.

Admires other women over her – She sees you looking. She may even understand your highly visual make-up. It hurts her, however, when a glance becomes a stare, especially when it happens everywhere you go – all the time.

A wife’s heart, no matter how independent or strong she is, is tender in places. Lots of places. She can bruise easily in some areas of her life – especially the places which involve the people she loves the most – like you. A husband who understands this is more careful in how he speaks and responds to her.

Most husbands I know would never injure their wife knowingly. They want to be her protector. Men, when we don’t realize the damage we are doing to our wives emotions, we invalidate every desire we have to be her defender. I always like to use this thought as a reminder: Would I ever allow another man to speak to or treat my wife like I am doing? She’s a precious gift guys – let’s treat her well.

What other ways do husbands injure their wives, without even knowing it?