7 Ways for a Wife to Encourage a Husband 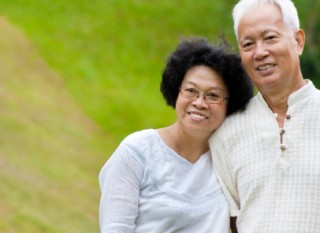 I previously wrote 7 Ways to Encourage Your Wife. Several wives (and some husbands) asked for the counterpart. How do you encourage your husband? Fair enough.

I have been guilty of assuming men are simple to encourage, so I had actually written previous posts

If a wife wants to encourage a husband

A secret a husband keeps but needs you to know

each involving just one thing to do. You should probably read those posts first, but to keep with the women’s post…

Here are 7 ways to encourage your husband:

Give him a break from sharing details or emotions – Unless the situation demands it or he wants to share them, let him share the basic facts and information in a non-emotional way. It may be all he knows, has observed or remembers. Give him times when “That’s nice” is enough for an answer.

Brag on him – Especially to your friends… Let them know your guy is the greatest! Be sincere, but do it often and make sure he hears you.

Appreciate his interests – If he likes golf…learn a little about the game…enough to encourage him on a good day. If it’s fishing, cars, or football…well…you get the idea… (Bonus points: Give him hobby time – Most men love knowing they have your permission to enjoy a hobby, without wondering if they should be doing something else.)

Understand his work – A man is often more defined by what he does than anything else in his life. Know enough about his work to recognize his accomplishments.

Be available to him – And occasionally without a lot of effort on his part… Remember…you asked…or at least some of you did. 🙂

Assure him you’re okay…and he’s okay – On this one, I have to be honest…many times we are left wondering if everything is okay. We can’t read emotions as well as you do, but we know when you’re NOT okay. You can encourage him by assuring him nothing is wrong, even if you can’t process at the time how you feel or “what’s wrong”.

Let him fix something – This is not just with his hands…unless he can do that sort of thing…(I can’t) but with his mind. He’s wired as a fixer. Give him an actual problem to solve…and let him solve it without your help.

I almost said “let him eat steak”, but decided some men may prefer ice cream…so I’ll let you decide that one… You know your husband better than I do! 🙂

Men, what would you add to my list? What are some ways your wife can encourage you?