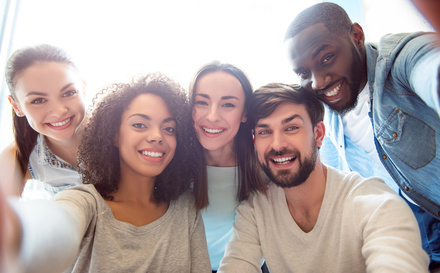 I could say shame on them, and while that might be funny, it isn’t fair. I’ve been wrong many times before. Many times.

Over the years, as I’ve taken time to listen and get to know people different from me, I’ve realized I often have as much in common with them as I have differences. Most of us are closer to alignment than the news media or politics might describe. Of course, there are people who are extreme in their viewpoints, but Even they probably share some common desires.

7 things I can probably assume about most people with whom I might usually disagree:

They know things I don’t know. I don’t have to agree with everything they think to learn something from them.

I know things they don’t know. Granted, it takes two people for mutual learning to occur, but I can only be responsible for my side of things.

(Bottom line: Our experience, background, education, and environment shapes what we know. Or think we know.)

I almost never “win” when I make my goal to convince them I’m right. People naturally become defensive of their positions. That includes me, unless I discipline myself not to.

I can probably better engage people if they think I actually like them. People respond better when I and am trying to understand them. (There’s an even better chance if they think I love them.)

Understanding another person’s perspective requires listening. It involves an intentional attempt to hear what they are feeling as much as what they are saying.

At the end of the day, we want many of the same things. We want to be happy (and for our kids to be). We want to make the world a better place. We may disagree on how to get there, but our end desire is often going to be the same.

I’ve sometime been considered overly simplistic, but it seems to me the more we understand what each of us want, where we’ve developed our point of view, and how our own culture, demographics and beliefs shape our opinions, the better we can work through our differences to accomplish things of value for each of us.