7 Casualties of Being a People Pleaser in Leadership 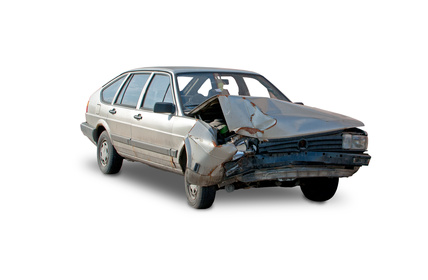 Every hard decision a leader makes excites some and upsets others.

At the same time, most of us who have positions of leadership want people to like us personally and in our role as a leader. We all like to be liked. This leads many leaders, however, into becoming victims of people-pleasing. When pleasing people becomes a goal, we seldom lead people into what is best and are led more by opinions of others than by vision.

Every pastor and leader I know agrees people-pleasing is not a good quality for a leader. Talking with hundreds of pastors every year, however, I’d have to say this has to be one of the most frequent weaknesses pastors admit to me. For the pastor, when our aim is to please people, many times we are motivated more by what people want than even what God wants for the church. This is obviously dangerous. Hopefully, I don’t have to build the case here.

But what are the casualties of people pleasing? What are the organizational casualties? How does it ultimately play out among people in the church or organization we are attempting to lead? Knowing these answers may help us be more determined not to allow people-pleasing to be our motivation in leadership.

Here are 7 casualties of being a people pleaser:

No one is really ever satisfied.

When the leader tries to please everyone the reality is no one on the team finds fulfillment in their work. No one. In an attempt to let everyone win – no one really does.

Tension mounts among the team.

People pleasing pits people against one another as the leader attempts to please everyone and team members are conditioned to jockey for positions with the leader aimed at pleasing them. It creates a political atmosphere among the people who should be working together.

One would think people pleasing builds loyal supporters, but actually the reverse is more true. The people-pleaser says what people want to hear more than what needs to be said. Consequently, people don’t trust a people-pleaser, because they quickly learn what the leader says isn’t necessarily the whole truth, but what will keep the leader popular.

I’ve observed team members trying to function under a people pleaser. They feel they have the leader’s support, but then it’s pulled from under them as the leader tries to please someone else. It’s tiring.

Second best under a people-pleasing leader becomes the new goal not a consolation. Lackluster results ultimately lower standards. In an effort to please everyone, the team compromises what “could be” for what keeps people temporarily happy. (Emphasis on the temporarily.)

Visions are intended to take us places. Noble places we’ve never been. This involves change. Always. And change is hard. Always. People don’t like change. People-pleasers like people to be happy. You see where this one is going?

Be honest. Ever worked for a people pleaser? Ever been one?

What results did you see?