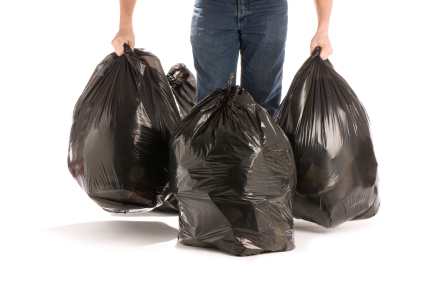 In making a first impression the little things matter.

Most leaders and pastors believe this, but we often don’t pay attention to the little things. As a pastor, over the years, even as a very non-detailed, extremely big picture person, I started to notice the little things.

In one of of the first churches where I served as pastor, I felt I needed more buy-in from them in helping to lead the church. They were a great group of people who were passionate about reaching the lost, but they had begun to neglect some of the little things to keep a church operating. I wanted to encourage them to be more observant about what needed to be done.

I conducted an experiment. I placed a Sunday bulletin on the floor of the men’s bathroom right in front of the urinal. You couldn’t “go” without stepping on it or over it.

It stayed there through two Sundays and no one picked it up or threw it away. At the following Wednesday night leadership meeting, I brought the bulletin with me. I asked, “Does anyone recognize this?” (It was before I was a big a germaphobe as I am today.) Apparently, by the look on some faces, most of the men had seen it previously.

I wasn’t trying to be cruel, but it was a tangible reminder to them about making a first impression – the little things matter – and, more importantly, each leader plays a role in this. We were a small church. We didn’t have a custodial staff for the building we rented. We were the custodial staff. If the bulletin was to be picked up, one of us needed to do it.

They instantly recognized every man visiting our church in the last couple weeks had probably seen the bulletin on the floor of the men’s room. We only had one urinal – and we had very good coffee. Although it was a minor thing, just a bulletin on the floor, it had the potential to leave a larger impression. Imagine if the same visitor returned the next week to find the same bulletin still on the floor. (Of course, in a church plant, by the second week you may be plugged in enough to be picking bulletins off the bathroom floor.)

I’m not saying it was brilliant. It may not even have been nice. But the experiment made some impact.

From this point, some of the men became more observant about the little things which needed attention. They started to take ownership in their roles as church leaders. I felt I had more participation in leading the church.

The point of this post is we must find ways to illustrate the importance of this principle – Little things matter.

By the way, I have always been curious if this same experiment would have worked in the women’s bathroom or would someone have picked it up?

Pastor, feel free to try this experiment at your own church. Or not, but little things do matter.