Making Changes in an Established Church 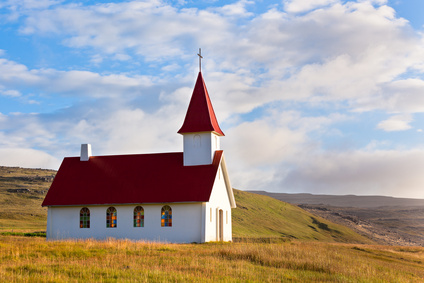 In the established church change can be more difficult to make than in a church plant. I’ve done both and I’m speaking from experience. I’d almost say a common finding I’ve seen is the longer the church has been “established” the longer it takes to implement change.

In our previous church, which was a revitalization effort, we had a situation recently where a staff member felt the need to make a change in their area of ministry. It would save the church lots of money, was more in line with our vision, and would have a greater Kingdom impact. It sounded like a “no-brainer” to me.

It was the best decision.

So what was the problem?

It would have meant changing the way something had been done for years and something which was very popular.

At the time we were a 104 year old church. Every church acclimates towards a defined structure – an established way of doing things. They develop some traditions. Even if the church’s tradition is continual change (which this church’s tradition was not), every church (and every organization) forms a unique DNA of how things are done.

In our setting, it had developed into a highly structured environment of systems and procedures, which made change more difficult than in some churches. And this is not atypical of an older, established church.

The staff talked about what would have to be done in order for this change to be successful. We discussed who needed to be talk with first. We listed which committees need to weigh in to the decisions. We shared names of influencers in this area of ministry. All of this is part of being an established, highly structured church.

Then one of our staff members made a statement which hit me hard. And it is one I think we often confuse in making organizational changes, probably especially in achurch, which is often very slow to accept change.

He said, “I just hate having to be so political in making what we know is the best decision.”

I completely understood his concern, but it’s in that statement which exists the confusion we often have making change.

In that moment I said to him, “You have already made the right decision. And that is what we will do, but we have to be very strategic in the implementation process.”

(Side note – that is what it takes to make disciples, to grow a church, and to stop stagnation.)

And that’s the point of this post in making change in an established church.

Make the best decision you can possibly make. Use collaboration not control, bring people along don’t drag them, but do what is best for the church (or organization).

Don’t do the one that makes you popular, or even the one that causes the least conflict. Make the wisest, most promising decision. That’s good leadership.

But here’s the key:

Be strategic in the implementation.

Take your time. Establish trust. Build consensus. Talk to the right people. Even compromise on minor details if necessary. Accommodate special requests if possible and if it doesn’t affect the outcome. Be political if needed.

It’s part of the process, especially in a highly structured environment. (Does that describe any churches you know?)

Knowing this difference provides freedom to visionary pastors and leaders in highly structured environments. You can make the change. You can. You’ll just have to be smarter about how and when you make them.