7 Times the Speed of Change Can Be Faster than Normal 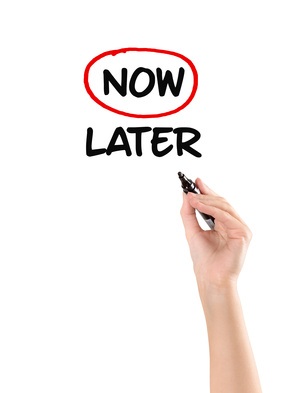 Change takes time. There are no “quick fixes” in the world of change leadership. And there shouldn’t be. I’ve seen many leaders try to rush change through only to destroy themselves, the organization they are trying to change, or the change they are trying to make.

There are occasions, however, when the speed of change can change.

There are unique opportunities where change can be introduced and implemented quicker than other times. The leader should be careful to strategically plan each change, but taking advantage of these times can help facilitate change faster.

Here are 7 times the speed of change can be faster than normal:

When there is a new leader

The honeymoon period can be a benefit. Honestly, from my personal experience, I believe the period is becoming shorter than it may have once been. I don’t know how long this period ultimately lasts – perhaps only a few months or up to a year – but some change seems almost expected in the beginning days of a leadership position.

Disclaimer: This is not usually “major” change. That should still be strategically planned over time, but certainly some changes can be made quickly. Use wisdom here.

When the change needed is imminent

There are times when everyone agrees something must be done. When a needed leader unexpectedly resigns, for example, no one likely questions the change in staffing to hire someone new. When everyone agrees something is “broke” it’s okay to bring change that attempts to “fix” it. When “it is what it is” there is an expectation to make a change. Take advantage of these times to introduce healthy, smart change.

Disclaimer: Many times people overreact during these periods. Wisdom is still very important even when changes is expected. These type changes can often set precedents for future change.

When an organization is new

In the early days of an organization time can move quickly. Everything is new and so change may come rapidly. I experienced this in church planting. Change is almost an expected part of the process.

Disclaimer: The more you can slow down decisions in these days the better you will be long-term. Many times you make decisions fast only because you can and not because you have to make them fast.

When there is a crisis at hand

I’ve seen this in government, the church and among individuals. When something happens, which shakes the core of your being and scares people they’ll be more accepting of any change which seems to protect them.

Disclaimer: Sometimes these changes are regretted once emotions heal. Sometimes helping people deal with grief and giving them a sense of stability buys you time to reconcile the best changes needed.

When there is overwhelming support

There are times you can move swiftly simply because the support is overwhelming. Momentum for change is often fueled by public opinion.

Disclaimer: It should be noted that this type change can sometimes be dangerous it isn’t built on rational thought and is simply emotionally driven.

When situations are beyond control

Sometimes you can’t do anything to stop needed change. When government, or other powers, demand change, you can rebel or you can change – often quickly. You may not agree with the change forced upon you, but may have to react faster than you expected.

Disclaimer: This is one reason staying alert to future trends and predictions is important. It could be studying movements in the courts or government, tax changes, or cultural trends.

When you aren’t concerned about the outcome

There are times when the results simply don’t matter much in the scheme of things. As a pastor we would schedule baptisms almost any Sunday, for example. Sometimes we may not have a baptism scheduled, but knowing baptisms helped fulfill our key function as a church, we would quickly change our schedule to accommodate. Some changes are so in support of your vision you simply make them as soon as an opportunity presents itself.

Disclaimer: Be careful with this one. In atmospheres more receptive to change we can, as leaders, sometimes take advantage of this and fail to see the weight change is having on the people we lead. Even when much freedom is given to us to lead change we must be mindful of the real reaction of people we lead.

When have you seen the speed of change change?