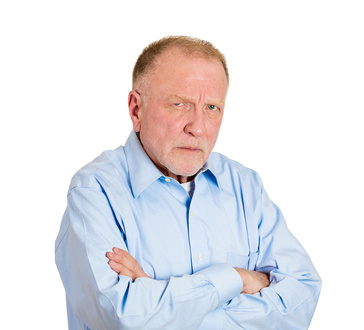 This is something every leader must know – about some of the people you are trying to lead.

Sadly, many of us learn it the hard way.

The reality is leaders often try to please everyone. We live for the approval of others. Many leaders (lots of pastors I know) can fall into a trap of being “people pleasers”. We try to say yes to everyone and dread the word no.

Only to find out that we simply can’t please everyone. Some people never seem to be happy.

And not liking their life causes them not to like you or your leadership.

Your leadership simply gets blamed by default.

It’s a hard lesson, but learning it keeps you from feeling defeated when unhealthy people do unhealthy things and blame it on your leadership. It protects you (somewhat) when hurt people hurt others. They’ve been injured by others and now they blame everyone around them. You are in the leading position, so you are often the recipient of the greatest blame.

Learning when this is the case will make you a better leader.

This by no means you ignore or don’t try to lead unhealthy people. It does mean understanding the reality that you can’t lead people as effectively who are unhealthy personally, either emotionally or spiritually – without first addressing the part of them which is unhealthy. That’s why much of leadership is helping people get better, so the organization can get better, and so your leadership can get better. It’s why the greatest part of leading people is loving and serving people – even those who are sometimes difficult to love and serve.

Let me close with a very personal example. I once had a mean church member. (I’ve actually had more than one, but this one was one of the meanest.) He was cruel in words and behavior to me and many on our staff. I finally decided to approach and challenge him. I knew there had to be something else there. I learned he had been injured years ago in a relationship and never got over it. With this information it changed our conversations. I began to minister to him in his pain. I can’t say he was a “new” person, but he was “less mean” in our interactions. I received far fewer nasty emails. I actually enjoyed a smile and a brief compliment from him a few times. But it began with the understanding of where he was struggling with his life.

Have you ever tried to lead people who were unhealthy and took it out on others?