7 Attributes of a Mature Leader 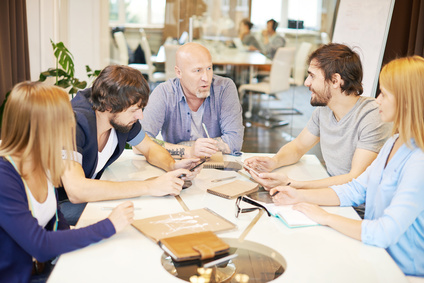 The best leaders I know don’t have all the answers. They haven’t got everything figured out yet. Most wouldn’t even consider themselves “experts” in the field of leadership. (I certainly don’t consider myself to be one.) In fact, they are usually humbled as to why people would ask for their input. They realize they have much to learn.

The best leaders I know are consistently getting better, but while all of that is true, you can often spot a mature leader. They share common attributes.

Here are 7 attributes of a mature leader:

Able to think strategically in the moment.

They don’t just spout off the first thing that comes to their mind and worry about cleaning it up later.All of us have done that at times, but maturing leaders have learned their words carry great weight and so they choose them carefully. (I wrote a post about that HERE.) They are encouraging and guard their tongue from reckless and hurtful words. It’s not a matter of being politically correct – it’s caring for people. It’s valuing others. It’s being intentional to use the power of words to bless others rather than tear them down.

Recognizes the contributions of others and willingly cheers other’s success.

It’s natural, especially early in a person’s leadership to seek to “build a resume”, but a mature leader doesn’t have to get all the glory. In fact, they may get none, because the attention is shifted to the team – often to those who did the real work. This leader has learned when others succeed the leader succeeds.

Mature leaders carefully plans a response. They take time to “cool down” before addressing a heated issue. Possibly they have been burned by their own quickness to react and so now they are becoming more careful and methodical in their approach.

Mature leaders place trust in others. They empower people to do work and take ownership. They know, often by painful experience, the more they control the less things can grow and be healthy.

Personally and for the organization, a mature leader is guiding a path towards a better reality. They strive to see what’s coming and prepare the organization for it. They have likely experienced what it is like to not being prepared and so they want to protect the vision for the long-term.

Concerned about, but doesn’t stress over small things.

Some things just don’t matter as much in the grand scheme of things. Leaders should be concerned about the details – even the smallest things can make a huge difference, but mature leaders look to the big picture and dismiss issues which have little impact on the overall vision. A mature leader has learned they cannot make everything matter or nothing really will.

This is huge. Mature leaders don’t hold a grudge. They forgive easily. They see feedback, even that which is hard to hear, as valuable information which can make them better. Leadership can be painful, so it takes time for a leader to get here, but mature leaders have learned life is too short and there is no value in lingering in the past.

You may not have all of these as attributes yet, but my encouragement is to keep improving.