Leaders, Let Them See You Sweat 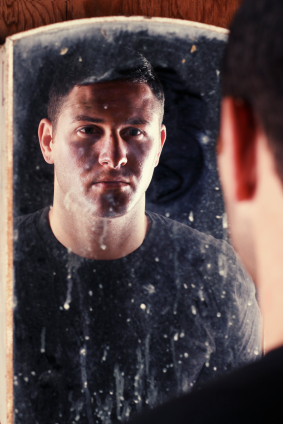 Never let them see you sweat.

Or, so they used to say.

Apparently the phrase, “Never let them see you sweat” came from a 1984 Gillette company deodorant commercial.

Sadly, the phrase or mindset has carried over to the minds of some leaders today. Many leaders are afraid to be discovered for their inefficiencies and shortcomings.

I’ve found this equally true of pastors. I have even had parishioners tell me they don’t want to know my weaknesses. They want to see me above temptation and failure. But, to portray that would be hypocrisy on my part.

Here’s the bottom line with leading well, in my opinion.

You better let them see you sweat!

Leadership is more about being real with people. It’s admitting failure. It’s being transparent about weaknesses. It’s not covering up flaws – it’s exposing them so others can learn from them.

Leading well is being willing to say, “I don’t know how” or “That’s not my area of expertise” and then asking for help. It’s even a willingness to say, “I’m afraid” or “I can’t do this one”, apart from the grace of God.

Wear your deodorant for underarm protection, but when it comes to authentic leadership, it’s all about the sweat!

Let me be clear. I’m not suggesting you don’t try your hardest, or put your best foot forward, or that you constantly complain about not being able to keep up. People want to follow confident, capable leaders.

I am suggesting you don’t try to be someone you are not and be honest about who you really are.

Learning the difference is part of being a good leader.