5 Right Ways to Respond to Criticism 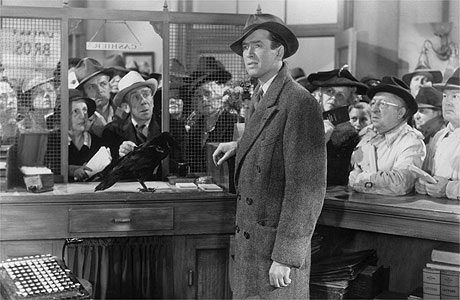 Let’s be honest! Criticism hurts. No one enjoys hearing something negative about themselves or finding out that something you did wasn’t perceived as well by others as you hoped it would be.

The truth is there is usually something to be learned from all criticism. Allowing criticism to work for you rather than against you is a key to maturing as a leader.

Recently I posted 5 Wrong Ways to Respond to Criticism. This is the companion post.

Here are 5 right ways to respond to criticism:

You may not respond to everyone the same way, but everyone deserves a voice and everyone should be treated with respect. This doesn’t necessarily include anonymous criticism. It’s hard to give respect to someone you don’t know. I listen to some if it, especially if it appears valid, because I’ve often learned from that too. Plus, I always wonder if something in my leadership prompted an anonymous response. At the same time, I never “criticize” leaders who don’t listen to anonymous criticism. I don’t, however, weight unidentified criticism as heavily as I would criticism assigned to a person. (Feel free to leave a comment about anonymous criticism and how you respond.) But, the point here is to at least listen to criticism when people are willingly to put their name behind it.

In a stakeholder sense, how much influence and investment does this person have in the organization? This might not change your answer to the criticism but may change the amount of energy you invest in your answer. Years ago our church met in two schools, for example, so if the Director of Schools had criticism for me I would invest more time responding than if it’s a random person complaining about our music who never intended to attend our church again.

Is the criticism true? This is where maturity as a leader becomes more important. You have to check your ego, because there is often an element of truth even to criticism you don’t agree with completely. Don’t dismiss the criticism until you’ve considered what’s true and what isn’t true. Mature leaders are willing to admit fault and recognize areas of needed improvement.

If you keep receiving the same criticism, perhaps there is a problem even if you still think there isn’t. It may not be a vision problem or a problem with your strategy or programming, but it may be a communication problem. You can usually learn something from criticism if you are willing to look for the trends.

I believe criticism is like asking a question. It deserves an answer even if the answer is you don’t have an answer. You may even have to agree to disagree with the person offering criticism. By the way, especially during seasons of change, I save answers to common criticism received because I know I’ll likely be answering the same criticism again.

The picture with this post is from one of my favorite movies “It’s a Wonderful Life”. In this scene, George Bailey responds to criticism the Bailey Building and Loan is going to collapse. I love how he takes the criticism serious, considers the importance of the critics, responds as necessary, attempts to calm their fears, and refocuses on the vision. What a great leadership example during times of stress!

Obviously, this is an extreme and dramatic example, but it points to a reality that happens everyday in an organization. And, some times it is extreme and dramatic. Many times people simply don’t understand so they complain — they criticize. The way a leader responds is critical in that moment.

What would you add to my list? Where do you disagree with me here? I’ll try to take the criticism the “right” way!