A Secret Your Husband Needs You to Know 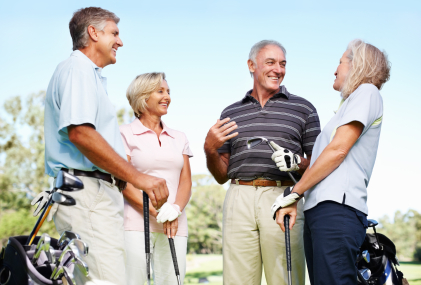 He may not even like that I’m sharing it.

It’s not that he doesn’t want you to know. He does. But, it’s hard to admit sometimes. Or, difficult to find the right words.

But, I feel you need to know. It could make a huge difference in your marriage.

He needs your unconditional respect — in fact — he needs you to be his biggest fan.

There. The secret is out in the open.

It’s true. He needs to know you respect him — what he does and whom he is.

Your support feeds his God-given ego.

Of course, that ego can be abused. And, it is many times. It doesn’t, however, diminish his need. I would even say — his greatest need.

I also realize you nor he is capable of perfectly fulfilling those individual needs.

But at least you know the secret now.

Doing well for the woman he loves is perhaps one of the greatest goals in a man’s life.

That inner desire starts at a very early age. The little league ball player who turns around to see if mom watches him bat. The same little boy who brings a flower (weed) home to mom. It’s the respect he’s seeking.

The truth is sometimes a guy feels as if he doesn’t measure up to everyone’s standards. Actually it happens a lot of times.

(Please don’t tell him I told you all this.)

He feels the weight of being wonderful in so many areas. His home. His family. His work. Even in his hobby.

It’s a pressure men carry internally — possibly never sharing it with anyone.

Chances are fear of failure is his greatest fear. And the fear of disappointing you is a close second.

He may see you seeming to do so well with all your responsibilities. Whether in the home, with the kids, or in relationships — he feels you always know what you’re doing. He knows he doesn’t.

Even your walk with God may shine brighter than his sometimes. Okay — most times.

You handle things so well, in fact, at times, he’s tempted to not even try.

(Please don’t tell him I told you this.)

Let me give you a personal example. One time after preaching Cheryl said nothing. Usually she says “Great job today” — or — ”That was a good one”.

Three days later I asked, “Was I that bad?”

See how shallow I can be?

Truth is I need her positive feedback and encouragement. It’s what fuels me. It’s what keeps me motivated to do my best.

Your husband is likely similar.

I know that sounds shallow of us. Perhaps it is.

But, here’s the best part of the secret.

If your husband feels respected in his home — he will do anything to keep it.

Maybe even start doing the dishes. If he does, brag on him.

Who knows? Maybe next will be the dusting. Nah — don’t push it!

And, if you’re raising a son — next time your little boy — I mean big boy — is up to bat, make sure he can turn around and see you smiling. It will make all the difference.