A Secret Learned in Church Revitalization – (This is HUGE) 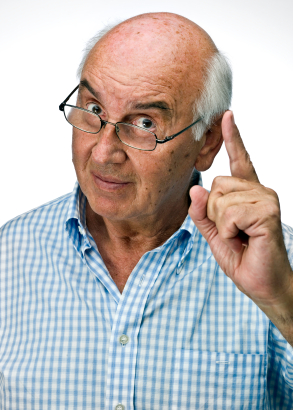 Some of the most vocal opponents to changes we made in church revitalization were simply rule-followers. That’s huge insight. Don’t miss this.

These people liked to know we were obeying the written and approved structure of the church. When we didn’t follow them exactly they objected. Sometimes loudly. Often in ALL CAPS.

Let me give you one example. (I’m changing a couple of minor details just to protect identities, but the story is true and principles the same.)

I once wanted to hire a staff member. Personally, I believe the senior pastor should be able to build a team. I realize rules don’t always accommodate that, but this was a church in need of serious revitalization. The only way I could see forward was to have some new faces on the team.

The “rules” of the church (some of them unwritten) said I had to form a committee, begin a search process, take the final candidate to the personnel committee, then deacons, then set up interviews with the church, and then get a church vote. (I’m exhausted just typing all that – and we’ve likely lost a good candidate at this point.)

This job required unique skills. I knew from experience it would not be an easy position to fill and time was of the essence. Plus, I had someone very qualified I was ready to hire.

I convinced leadership to move forward and we hired the person.

And that is when we discovered the objectors. Granted, it was from a few people, but they were very vocal. The most frequent complaint was the ole familiar, “We’ve never done things like that before.” They didn’t think we were following the written (or sometimes unwritten) rules.

That’s when I discovered the secret.

Here’s the story to explain how:

I had one guy who carried the policy manual for hiring procedures in his suit coat pocket on Sunday mornings. (It was thick, so it was hard to hide.) One day, after several tense encounters about the hire we had made, I had a revelation. He kept mentioning those policies. So, I asked him, “George (not his real name), are you upset because of who we hired or because of the way we hired him?”

He then told me he was upset because we hadn’t followed the rules. I then asked him, “George, so if we changed the rules to the way we just did this hire and then hired someone else you’d be okay?” He said, “Yes, because that would be the rules.”

Then it hit me. This is the HUGE secret.

Often if you change the rules and – and follow them – they’ll support you.

Maybe you don’t need to complain about the rules you have – or try to go around them – perhaps you simply need to write better rules.

And when you do – people may better support the change.

Granted, this won’t be the case every time, but since this occasion I’ve found it to be so a number of times. It’s certainly worth considering.