7 Pieces of Advice for In-laws of Young Married Couples 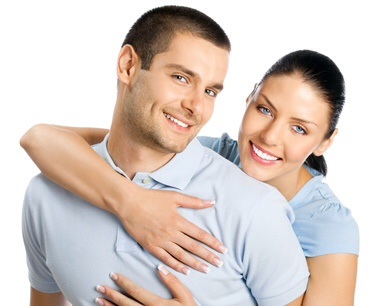 I often teach and write about the experiences that I have working with relationships. Personal experience is often some of the best information I have to protect and help other relationships.

In helping marriages, I often try to share some of the barriers that I have seen to having a good marriage. My theory is that if couples are aware of the barriers before they become an issue it’s much easier to deal with them when they arise.

One of the consistent barriers I have seen in having a strong marriage is the way the couple deals with outside influences. It could be friends, family, work, or hobbies. It’s mostly people.

One of those primary outside influences that many couples struggle with is dealing with in-laws.

And, the in-laws who are causing a problem are now rejecting this post. 🙂

The crazy thing about this issue is that I once talked about the issue but now I live the issue. So I realize I am on shaky ground by speaking to a subject I haven’t yet mastered. We have been in-laws now for a couple of years and it is still relatively new for us. But now at least I see both sides of the issue. Cheryl and I are trying to be good in-laws by learning from other people’s experiences we have encountered in ministry.

I’m speaking primarily in this post about parental in-laws, but these will also apply to other relatives of couples. This type post gets me in trouble. It’s a sensitive issue. Keep in mind this is an opinion blog. And this is an opinion post. But these are gained through years of experience working with young couples. Apply as necessary.

Here’s some of my best advice for in-laws:

Remember “leave and cleave”.  It’s Biblical. Two people are trying to become one. That’s the goal. That means the two can’t be part of another unit in the same way. Yes, they are still family, but they are creating something new. Their new will likely look different from yours — hopefully even better. No doubt you will have influenced who they are as a couple. That may be in good and bad ways. Let them as a couple determine what they keep of your influence and what they leave behind. Again, they are still part of you. But, in the formulation of a new “them” they have to leave some things behind.

Know this: Everything you say to your child impacts their spouse. One way or another. And, it will likely either be repeated and injure your relationship with their spouse or cause a hidden wedge in their relationship. You can’t expect them to become one if you have a private world of communication with your child. And if they are trying to be a good husband or wife they will not keep secrets from their spouse. Yes, you should always be a safe place for your child. And there may be times where it is necessary for them to come to you in secret. But those should be rare. Very rare in my opinion. You can help them reduce friction in their marriage by not contributing to or promoting private conversations.

They sense the pressure to “come see you”. Chances are they have pressure elsewhere too. Maybe even from other in-laws. How welcoming is it if you spend most your time talking to them complaining how little you see them? Yes, it’s hard when they don’t seem to want to — or you feel slighted in the amount of attention you receive — but guilt and complaining won’t accomplish what you’re attempting. It might even get them there, but it won’t promote quality time with them.  And, it will often build resentment.

Get rid of the phrase “What you should do is”. It isn’t helpful because it’s usually received with an immediate pushback. They are trying to form their own identity as a family. Hopefully they will solicit your input at times but don’t offer it unless you’re asked.

Offer advice only if you’re asked. I thought this one merited repeating. Again, it’s not that you don’t have for good advice. And they would probably be better off if they listened to your advice more often. Most likely you have experience they don’t yet have. But most young couples want to discover things on their own just as you possibly did when you were younger. Unsolicited advice is almost never seen as valuable as solicited advice.

Be a fun place to hang out. All young couples need to see healthy people and healthy relationships. Marriage is hard without any outside influences. So the more healthy and environment you can create for them the more often they will want to be a part of that environment.

Love them unconditionally. I would say equally, but that’s hard — isn’t it? You’re going to naturally lean towards favoring your own child, especially when there is friction or conflict in the relationship. Be patient with them. Give grace generously. Hold you’re tongue when you’re tempted to say something that could be hurtful. Forgive quickly when needed. Remember, you are supposed to be the maturer people in this season of life.

The point of this post — and this blog — is to help. I’m not trying to stir more frustration. Other blogs do that well. :). Seriously, my aim is to address issues I see often and help us learn from other people’s experiences. I realize this is a hard season for many parents. But, with careful intentionality it can be a great season.

Remember, we are new at this.

What other tips do you have?