When They Talk About Your Husband 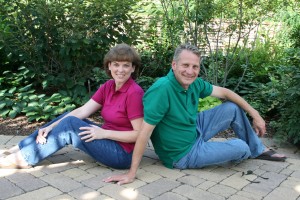 This is a guest post by my wife Cheryl. She’s an amazing pastor’s wife. Every church where I’ve been pastor has loved her…probably more than me. They line up on Sunday to give her a hug. By popular request, she’s written a few guest posts for me (and other pastors and pastor wives.) I’ll share some of them in the coming weeks.

When They Talk About Your Husband

I am frequently asked by other pastor’s wives how I respond when people talk bad about my husband…either to me or to others who repeat it to me. (And they do.) I’ll have to admit…this issue is a tough one for me.

No matter what I was taught growing up-sticks and stones may break your bones but words WILL hurt your heart.

And let’s face it-some people are just mean…even IN the church.

This has been one of the hardest things for me to deal with as a pastor’s wife. It became even more evident when we surrendered to full time vocational ministry and became church planters. Our biggest critics and spreaders of untruthful things were people within the church. My husband has to remind me often that these people aren’t the “church”…the church is the body of Christ…He wouldn’t hurt my husband that way…they are just people doing a poor job portraying the church. It is still hard at times for me to understand…after all…aren’t all Christians…those who profess Jesus Christ as our Saviour…on the same team with the same end goal?

But, it happens in the established church too. I know when people are complaining about changes the church is proposing that many times they are ultimately complaining about him…my husband. My best friend. And, it seems so many times they misunderstand his intentions, they don’t know his true heart, and they say things out of their own personal bias, that have little or nothing to do with Biblical truth. (Wow! That was hard to admit…but so true.)

As hard as it is…when others speak negatively about my spouse…even to me…which I’ve never really understood…I have to step back…take a deep breath…maybe two…and remind myself of TRUTH. Every one has an opinion…I don’t have to agree with it or even like it…but it is “their” opinion. My first instinct is to lash out and defend my spouse…and I think there are times when we need to speak truth if the person is willing to hear it…but more often than not I think we are called to realize we live in an often sad world…where it is sometimes easier to be critical of others than consider what might be the motivation in our own heart.

I’ve learned the hard way, I can either focus on the negative and hurtful things said OR I can take the high road and as difficult as it may be at times…choose to forgive and release this person (s) to God. Choosing unforgiveness has a greater hold on me and honestly I’d rather spend my energy elsewhere. I’m not saying it is always easy…I’m just saying I’ve learned the hard way that I am only accountable for “me” and how “I” respond.