5 Leadership Situations I Tend to Micromanage 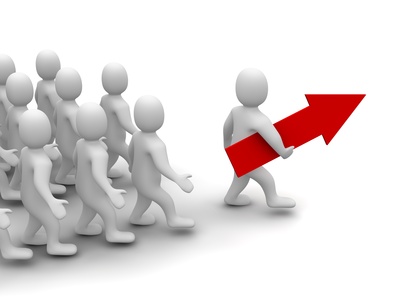 I like to lead leaders, so I prefer to be a macro-manager. This means I try to cast the vision for a team and get out of the way, releasing each team member to do his or her work in their own individual way. There are times, however, where I tend to micromanage.

In those times as a senior leader,  I am needed for more coaching, encouraging or correction for a season.

5 times I tend to micromanage:

When a team member is new to the organization.

New people to an organization need to learn your culture and way of doing things. They don’t know. This doesn’t mean you don’t allow them to invent, dream and discover, but they also need to know how decisions are made, the unwritten rules, and the internal workings of the environment. It will serve everyone well and they’ll last longer on the team if these are learned early in their tenure.

When a team or team leader has been severely crippled by injury or stress.

I’ve had a few times where a member of our team just wasn’t mentally or emotionally capable of making the right decisions. It could be what they were dealing with in their personal life or with the stress of their work. I have had to step in and help them more than I normally would for a season to help them succeed.

When in a state of uncertainty, transition or change.

I once had a strong leader quit abruptly from his position. His team was devastated. I quickly realized they had relied too much on his leadership and were now lost without him. It required more of my time initially until we could raise up new leadership and better empower everyone on the team.

When tackling a new objective, critical to the organization.

This is especially true when, as the senior leader, I’m the architect of the idea. They need more of my time to make sure things are going the way I envisioned them to go. That doesn’t mean the outcome will look exactly like I planned. In the initial start, the team can waste time and resources trying to figure me out without my input, rather than doing productive work.

When a team member is underperforming in relation to others.

As a leader, I feel it is part of my role to help people perform at their highest level possible. Sometimes this requires coaching, sometimes instruction, and sometimes even discipline. Part of being a leader is recognizing potential in people and helping them realize that potential within the organization. For a season, to help someone get on track for success on our team, (or even to discover they aren’t a fit for our team) I have to manage closer than I normally prefer.

Obviously I wrote this in the context of an organization. While not specific to the church, these principles equally apply in the church. The important thing is that the end goals and objectives need to be reached. So, at certain critical times a leader must step in and ensure the vision is being accomplished.

Nate and I have launched a new season of the Ron Edmondson Leadership Podcast, so subscribe now, so you won’t miss the next one.