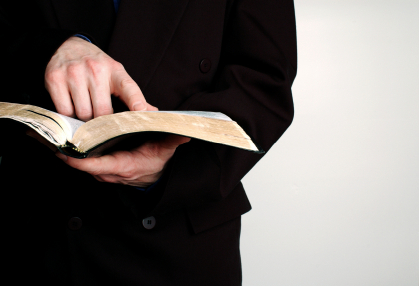 Over the years of writing this blog, the more I have written about leadership and tied it to the church the more critics would email to say I shouldn’t.

I shouldn’t tie leadership and the church together so closely.

People have said I focus too much on leadership and not enough on Jesus. (They likely never heard me preach. I mention Him a lot.) People have said I am too business-like. I once got criticized as a pastor for using the word “revenue” instead of “tithes and offerings” when mentioning church finances. Some of my terminology may come from spending over 20 years in the business world prior to vocational ministry.

But I see leadership (and business principles) as needing to overlap more not less in the church.

For some, however, leadership in the church seems almost blasphemous. Like a person called into vocational ministry, especially when I was a full-time pastor and the word “leader” shouldn’t go together. Like I should have discounted the years of leadership experience and schooling God blessed me with and just focused on pastoring people. Because, again, some don’t think the two can coexist. Good pastors can’t be good leaders. Right?

Those critics would often say Jesus is the church’s leader.

To which I agree. Completely.

They say no one can claim expertise as a leader.

I agree again. (especially in the context of me).

Some even say we are never called to be leaders in the Bible.

Of course, we are to be servant leaders. But I disagree that leadership is not a Bible concept. In fact, I see leadership within the people of God throughout the Bible.

We find leadership happening throughout the Scriptures. You can’t miss it.

The Holy Spirit of God does the real work of the church. No argument from me on that, but God enabled men and women to lead.

From the creation of man, God gave Adam tremendous responsibility. God seemed to delegate leading the Garden to Adam. He couldn’t have “messed it up” had he not had some authority to make decisions.

And so many more examples.

Moses was a leader.

Deborah was a leader.

David was a leader.

Ruth was a leader.

Joseph was a leader.

Priscilla was a leader.

Gideon was a leader.

Nehemiah was a leader.

Phoebe was a leader.

Paul was a leader.

Esther was a leader.

Joshua was a leader.

Men and women God called to lead — sometimes reluctantly at first — humbled themselves before God knowing that without Him they could do nothing. They stepped out where no one else had gone before and guided people to a God-ordained victory. They used their influence to move people to a greater reality than they could have imagined.

Jesus’ instructions were to make disciples — not wait on God to make them.

We are to do something. Lead.

Pastor, don’t be afraid to call yourself a leader — or to lead! The title is important. Don’t be afraid of good leadership. Strive to lead well. Always remain humble. Listen more than you speak. Build others up as you lead. Serve far more than you command. (That’s what most of this blog is about and the Bible is full of examples of these characteristics and teachings as well – and ways not to lead.) But LEAD!

And every time you lead you’ll find some critics. All leaders do.