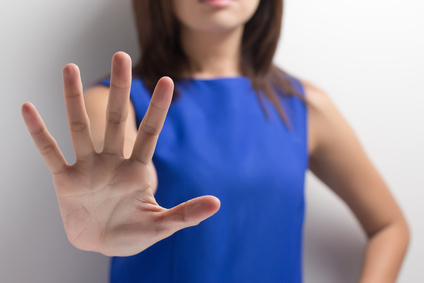 I’ve often wished I could say something to every leader. Some things I’ve learned the hard way. I often share things leadership should do, but today I thought I’d share some things not to do.

Some things to quit.

Here are 7 things every leader needs to quit:

Your leadership will not be like someone else’s leadership. It’s not designed to be. You’ll likely be successful in ways other leaders aren’t. Some of those may be visible and measurable – some may not be. The goal should be to be the best leader you can be and measure your success by your obedience to being the leader God has designed you to be.

Pretending to have all the answers.

There’s an unfair expectation many leaders face to be the person with the answer in every situation. Seriously, how’s this working for you? The sooner you admit you don’t have all the answers, the quicker your team will be willing to fill in your gaps. And, surrendering is something God values in His followers.

Trying to be popular.

If you want to be popular, be a celebrity. If you want to be a leader, be willing to do the hard tasks to take people where they need (and probably want to go), but may be resistant along the way. Leadership can be lonely at times. Be prepared.

Just because leadership can be lonely, doesn’t mean you have to lead alone. Good leaders surround themselves with people who care, people who can hold them accountable, and sharpen their character and their faith. If you have a tendency to separate yourself from others, stop now and reach out to someone. Take a bold risk of being vulnerable and release some of the weight of responsibility you feel.

When people you trust betray you it hurts. Be honest about it. When people rebel against your leadership it hurts. On days where it seems you have more enemies than friends it hurts. Don’t pretend it doesn’t. You won’t lead well if you’re a cry baby, but you should have some outlets where you can share your pain.

Trying to control every outcome.

Three reasons not to: 1) It doesn’t work. 2) It limits others. 3) It’s not right. Leadership is not about control. It’s about relational influence. When you control others you limit people to your abilities. When you empower people you limit people to their combined abilities as a team – and – keep in mind, there’s strength in numbers.

Ignoring the warning signs of burnout.

At some point in your leadership, if you really are leading through the deep waters of change, relational differences, or simply the stress of wearing the leader hat, you’ll face burnout. When you start to have more negative thoughts than positive thoughts, when the pressure of leadership is unbearable for a long period of time, or when your leadership starts to negatively impact your physical or emotional health or your relationships, it’s time to seek help.

Which of these do you most need to quit?