7 Things I Learned about Leadership from a Poor Management Experience 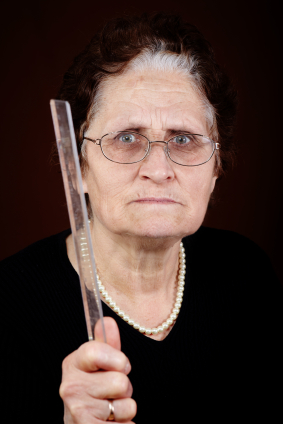 Years ago I was working in retail. I was in college, but serving in a junior management for a large department store. I was responsible for ordering the basic items in my department, making sure we were always in stock with regular sellers. One of those items was a collar extender.

(I don’t know if those are even used anymore, and I never used one personally, but basically it was a metal button extender which hooked the button and extended a new button further – allowing a man to wear a shirt longer as the man grew larger by making the neck bigger. You know you wanted to know this.)

Anyway, we normally kept a couple boxes with 12 extenders in each in stock. When we had sold one box I was to order another box. They weren’t fast sellers, so it didn’t happen often. I noticed one day we were down to our last box, so I placed an order, but instead of ordering one box of 12, I incorrectly order 12 boxes of 12 – which was pretty much enough for a decade of extender sells.

I had made a mistake.

How did “management” handle the issue?

Well, I must admit, it wasn’t by using good leadership principles.

The morning after the arrival of our new case of extenders, a memo was sent to all area managers, in every department, throughout the store. It read something like this:

“From now on, all orders will need to be signed by a supervisor prior to completion.”

I was instantly frustrated, since I knew the memo was a direct response to my mistake. No one had said anything to me. I had not been reprimanded. It was never mentioned otherwise, but now we had a new policy, which affected everyone, because of my one error. (BTW, extenders retailed for $1.25 each back then.)

The new mandate slowed down the progress of everyone, because they now had to wait for approval before they could order basic needs. It was not accepted by other managers, proved to be more of an inconvenience than it was worth and soon no one practiced it at all.

What did this experience teach me?

How should it have been handled?

In my opinion, I should have been called aside, made aware of my mistake (to let me know they knew), and be allowed to learn from the experience. If I continued to make the same error, which I never did again, then further action could have been taken.

The incident helped shape some of my leadership.

I should also point out these same managers who taught me this lesson from a negative impact it had on me also taught me many, many positive lessons in leadership and management. I’m drawing from this one, because it was such a valuable learning for me, but I don’t at all mean to devalue their other investment in me as a young leader.

Here are 7 things I learned about leadership from a poor management experience:

Never send an email (today’s memo) to correct an action.

Address the person. Be relational. Do the hard work of confronting the real problem – even if it involves people. It’s the right thing to do.

Never over-react to a minor issue.

This was not a major expense to the company. Seriously, had they addressed it to me directly – I would have probably volunteered to buy the excess collar extenders rather than see a needless policy implemented. It ended up costing more in opportunity costs as needless work was placed on others, since they added another layer to the ordering process.

Never make a policy to correct a single error.

Policies should be few and effective. When you use a policy to address broad issues when it’s really a singular issue you burden people with needless bureaucracy, which only stalls efficiency and frustrates people. This is never good leadership.

Never single someone out publicly who hasn’t been talked to privately.

Do I need to explain this one? Seriously. This pretty much goes back to the Golden Rule. Don’t do to others what you wouldn’t want done to you.

Never punish everyone for the mistake of one.

This is so unfair. It builds resentment among people who should consider themselves a team. It pits people against each other.

Never act like it’s not a big deal if you think it’s a big deal.

When my managers talked to me during this incident they acted like everything was wonderful. I recall one even joked with me when I came to work the day the “memo” was released. I felt very betrayed.

This could be a major determinant of whether someone is really a leader or not. Leaders don’t shy away from the hard conversations. They realize these are necessary for the health of the organization and the individuals involved.

I am certain I have repeated each of these myself at times, but the experience truly did shape my leadership and management practices. The best thing this experience did for me was give me a principle I have used and often shared with other leaders:

If you need to slap a hand, bring a ruler and show up in person.

To use another word – LEAD.

By the way, if you ever need a collar extender I know where you might can find one.

(In complete transparency, it’s been over 30 years and I don’t remember all the specific details of this incident. But I know the basics of this story are true and it shaped me greatly. I wrote more about this is my book The Mythical Leader.)