10 Sets of Words We Often Confuse in Leadership 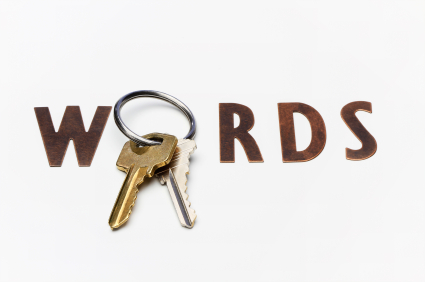 Everyone who has ever served with me on a team could probably agree I am not a wordsmith. I often say to people, “Listen to the principle of what I’m saying more than the actual words I use.” I tend to think and act very big-picture and am less in tune with the details of things.

But words do matter. Greatly. I get that and often need help from our team in shaping the right words.

I’ve noticed we confuse a lot of words in leadership. Some may seem related, or even used interchangeably at times, but they are very different.

Here are words we often confuse in leadership:

Possibility with Probability – Just because something has a chance of happening, doesn’t necessarily mean the chances are good. In making changes, for example, I want to know what’s possible – what might happen, but also what is probable – what probably will happen. The leader needs to be clear as to the risk involved and not pretend every possibility is a probability – and vice versa.

Opportunity with Obligation – Just because I could do something doesn’t mean I have to do it or even that I should. This is incredibly important for those of us who struggle to say no at times. We could easily become ineffective if we make every opportunity an obligation.

Challenge with Impossibility – Sometimes we dismiss the hard work, because it seems impossible, when really, if we are honest, it’s just a bigger challenge than we are willing to accept. We don’t always like the things that make us walk by faith into the unknown. But what is really impossible if it’s of God?

I know numerous pastors, for example, who have made change in the church seem impossible, when really it’s just harder to implement than they care to tackle, so they live with status quo.

Delegation with Assignment – Some leaders I know confuse assigning someone a task with delegating. Delegating is far more than that. Giving an assignment is easy. I tell someone what to do and get to walk away from it. Delegating involves much more. It’s ensuring the person assigned a task has the skills, knowledge and resources to complete the task and then following through with them until the task is complete.

Idea with Initiative – Ideas are many. Actually working to make an idea a reality is very rare. Most organizations (and leaders like me) have far more ideas than we have initiatives.

Leadership with Management – Before picking up a stone to throw on this one, please know I’m a huge fan of both when done well. (I have a chapter about it in my book The Mythical Leader.)

Leading involves taking people somewhere, often into an unknown, where they may not go otherwise without leadership. It involves facing risks to achieve a vision, but where the path to attain it is many times unclear.

Intentional with Conventional – Okay, this might be a stretch in words, but the thought behind it is not. In reality, we may not even use the words, but we certainly confuse the actions.

Both of these may be working towards a worthy vision, but one lasts for a season. The other lasts longer – much longer.

Change with Progression – Progression is actually a form a change, but it’s the easy one. Everything changes. People get older. Buildings wear out over time. That’s a change. Ignoring change is an impossibility. Progression happens whether we want it to or not.

Promise with Principle – A promise means it’s going to happen as promised. A principle means this will generally work as stated, under normal conditions, provided the described conditions are met.

The danger is living as if a principle is a promise. It will make you very disappointed when conditions weren’t in place for the principle to perform like a promise. (I promise. In principle.)

(Side note: We confuse these last two words in our relationship with God sometimes. – “train up a child in the way he should go” for a classic example. In those cases, we have to ask if God promised it or if He provided a principle.)

I realize all of these could be blog posts of their own. I have expanded on some of them previously. Which would you like me to expand upon?

Add to this post. Can you think of any other words we confuse in leadership?