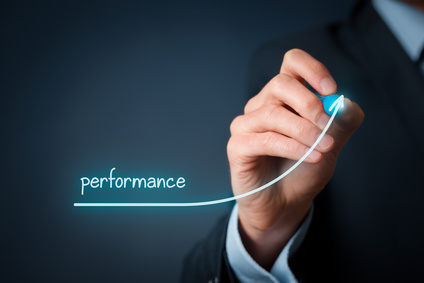 One of the hardest parts of leading for me has been the things I’ve had to learn or do which may have been contrary to the way I would have naturally done them – or wanted to do them.

For example, I like to be in control of my surroundings. I don’t like the feeling of being out of control. (Strength Finders says control is a “strength” of mine.) There have been several incidents in my personal life which have shaped this in me as a person. We are shaped by our past experiences.

Yet, as a leader there are many times I don’t have the privilege of being in control. To some this may sound like the opposite of being a good leader. Good leaders – some falsely believe – have everything under their control. Learning to empower people, however, has proven to actually be a better leadership model for me.

So I decided to share some of the hardest paradigms I have had to learn in order to be effective as a leader.

Many of my pastor friends – especially in church revitalization work – need to learn these.

Here are 7 hard paradigms to be an effective leader:

I had to develop the ability to say no more than I get to say yes.

I love to say yes. It’s easier. It makes people happier. It’s such a more positive word. And I’m a positive person – the glass is always half full for me – three-fourths even. But I’ve learned always saying yes makes me very ineffective as a leader and eventually leads to my burnout. How healthy is this for our team?

I have to live with sometimes being unpopular.

The natural tendency is to believe the leader is well known and, frankly, well-liked. I’ve learned, however, every decision I make seems to make some people happy and some not so happy. I’ve even made some people angry with some of the decisions I have made – even some which in time proved to be the best decision, but initially were hard to accept. Change always produces an emotion – either good or bad emotions.

I have to move forward sometimes in uncertainty.

I’ve never been able to have all the answers before a decision has to be made. If I could we would totally remove the faith factor and it would stagnate us. This doesn’t mean I don’t collaborate with others, do my homework, and certainly I should pray. But I’ve learned to be effective as a leader I have to be willing to go into unknown territories. I must even let people “experiment”.  That’s hard for people who like to be in control.

I had to get comfortable challenging mediocrity.

In case you don’t know, you can ruffle someone’s feathers if you challenge the way they’ve been doing something. This includes if what they were doing wasn’t working and they’ve “always done it this way”. But I’ve learned as a leader it’s part of my job to challenge us to improve – in all areas. Development must be a part of an effective leader’s day. Granted, sometimes we can push too hard or too fast, but it’s incredibly difficult to recover from complacency.

I had to lower my pride and admit I can often be wrong.

I came into leadership, as most leaders do, believing I had some answers to offer. And sometimes I do. But I’ve also learned my team often knows more than me. In fact, if I surround myself with the right team then my team always knows more than me – at least in the individual areas they lead. I have to yield to them and empower them for us to achieve our maximum potential.

I had to come to a reality I couldn’t be everywhere or do everything.

As a creative, my mind has a tendency to wander. If I’m not careful, I’ll try to be too involved in everyone else’s work and the work I’m supposed to do suffers. As a pastor, I wanted to help the discipleship ministry, the mission ministry, the music ministry, and the administrative ministry of the church, and every other ministry – in an in depth way. Granted, I needed to be involved at some level, and part of my job as leader was casting vision for the entire church, but micromanaging never produces healthy or the best results. Disciplining myself not to always have an opinion has proven to be a more effective form of leadership. (I’m having to carry this discipline into my new role.)

By the way, I also had to learn this is another area where a leader may become unpopular – especially pastors. The established church often expects the pastor to know everything and be everywhere. But, again, doing so makes a leader far less effective overall.

I had to realize that sometimes the best thing to put on my calendar is rest.

I’m from a generation and a family history of work. I’ve been working steadily since I was 12 years old and I would work 6 days-a-week if I could. Rest doesn’t come without discipline for me.

How can doing nothing be a good thing? It seems counter-productive to me. I’ve learned, however, without proper rest, (and exercise) I’m eventually very ineffective as a leader. There have been days – extremely busy days – where the best decision of my day was to stop take a nap and start again. Or jump on the elliptical for an hour. Taking proper care of my soul and body is needed for the days, weeks, and seasons of life in order for leadership to remain effective.

Those are some paradigms which come to my mind I have had to learn – sometimes the hard way – to be effective in leadership and to last long-term. I’m sure there are others. Feel free to share your own.

What paradigms have you learned, which have helped you be a more effective leader?