5 Dangers of Fast Growth and What to Do About It 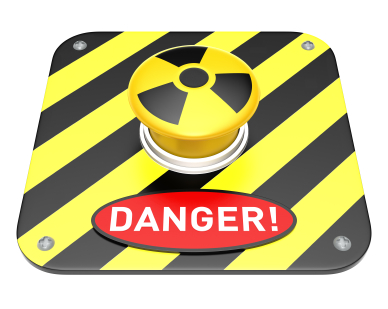 I have been blessed to witness what I consider extremely fast growth in several churches, since entering full-time vocational ministry. In church planting and church revitalization we have seen hundreds come to faith in Christ or reconnect with the church. We have been in churches, which have grown faster than we could anticipate. It’s been an amazing journey – a miracle of God – filled with lots of excitement.

One thing I have learned along the way, however, is growth impacts every ministry in the church. When explosive growth is occurring it is felt by every staff member – every often very stretched staff member.

One of my favorite leadership stories is of David in 1 Samuel 23. I think he and his team would have identified with the overwhelmingness of faster than anticipated growth. It’s a great “problem” to have, but it does cause tensions, which need to be managed.

In fact, I have learned there are dangers with fast growth in any organization. In reality, growth can cover over a multitude of problems. Being aware of these is critical to sustaining health – and ultimately growth – in the future.

Here are 5 dangers of explosive growth:

Growth masks real problems – Growth gets the all the attention. It’s attractive. Everyone is excited. Momentum is high. But, because of this, problems within a team or organization won’t show up immediately. Make no mistake about it, eventually they will.

Inadequate Systems – Current systems may be stretched. They may not make sense in current context. They may be burdensome and simply ignored. When current systems do not support the rate of growth you often spend too much time playing catch-up to implement adequate systems. Eventually you can become distracted from the things which helped you grow.

People will feel scattered/left behind – With the rate of growth, communication is more important than ever, but people are stretched. They will be pulled in many different directions. This will often produce holes in the communication process. People forget to communicate, they make too many assumptions or there just is more information than can be easily absorbed. It will frustrate the healthiest teams.

You become reactive rather than proactive – In a fast growing organization, “just keeping up” will be a prevailing emotion among leadership. You’ll often find yourself “making it up as you go”. With the speed of life in the organization, there never seems to be time to get ahead of the growth curve. You’ll make a lot of mistakes.

Well, those are some of the problems with explosive growth, which only produces an obvious question.

What can you do about it?

Be aware. Realize everything may not be as seems. Things may not be as healthy as you think they are. Just because there is growth, doesn’t mean everyone is on board. If momentum slows, the real problems will be revealed, but the sooner you can identify these areas of weakness the less damage it will cause in creating sustainable growth. Ask lots of questions. Stay grounded in your faith. Continue to work on team development – even though it seems you don’t have time.

Recruit. Recruit. Recruit. – It’s even more important in fast growth situations you be constantly looking for new leaders and developing existing leadership. There must be an intentional effort in every area to empower people and train volunteers for leadership positions. Again, you may not feel you can pick your head up from the “real work” to recruit, but you simply must. Make sure someone has this as one of their key roles on the team, but it should ultimately be the responsibility of everyone.

Systematize as much as you can. – Wherever and whenever possible, you should add structure to the organization along the way. You may never catch up with growth, but as problems are discovered it will often be a systems problem. Again, the more ahead of this issue you can be the better. Don’t overthink this. Don’t create burdensome structures. Don’t try to rid yourself of the messiness of growth. (That’s deadly to growth.) But, continually think strategically of what is needed to ensure you can continue to grow at the current rate. This is another area it helps to have someone specifically designated – someone who is wired to think systematically – to specialize in this vital area. Don’t put a rule-following controller in this position, but put someone who is not afraid of change, but can build healthy processes to help things move more efficiently.

Take time to plan. It’s important, even during explosive growth – maybe especially – to discipline yourself enough to plan for the future. You don’t have to plan far down the road, maybe even just the next quarter, but leaders need to be visionary enough to look for what’s coming next. They need to attempt to get some forward-thinking goals and objectives in place. In spite of the constant demand due to growth, leaders must take time away from doing the work to evaluate, alter the plan as needed, and ensure operations are improved to maintain growth and momentum.

Sometimes God brings supernatural growth. During those seasons leaders should be especially aware of potential dangers. (Can you imagine the first century church adding 3,000 to their numbers in a single day?)