A Word of Encouragement to the Small Town Pastor 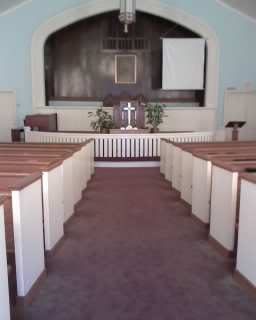 Over the last dozen years or so I’ve had the privilege of ministering with dozens of pastors in other churches. Many of these were in person. Others were virtual. I’ve been in large and small churches. I’ve been to big cities and small towns with only one stop light. (Or none at all.).

In the process, I’ve learned a few things about pastors and churches. In fact, much of what I write this blog about comes from those experiences.

A couple years ago I had back to back weeks in small cities dealing with, by some standards, smaller churches. I realized quickly, probably because I was coming from a larger city and a larger church, they were going to be shy about sharing their success.

I led a leadership retreat for a church with 150 leaders from different churches in the room. I was amazed they could attract that size crowd in a small city – and actually bring people from different churches together. But, talking to the host pastor, it was as if they had no success at all – at least when compared to my perceived “success”. (I’ve realized, too, if you have a decently read blog and you’re from out of town – people credit you with more success than you deserve. I’m sometimes seen as the “expert”. Just please don’t ask our staff about that one.)

It wasn’t humility on this pastor’s part. I’m not saying he wasn’t a humble person, but I don’t think that was keeping him from talking about the good things God was doing through his church. It was more. I think it almost always is.

That’s when it occurred to me something I’ve observed numerous times, but never put into words.

Sometimes people don’t know how well they are doing.

Take my good friend Artie Davis as an example. His church is a mega impact on the small town of Orangeburg, SC. I would love to see the church I pastor have half the influence in the community where I live. Artie also leads The Sticks Network of churches ministering in small towns. The impact of those church is amazing every year I attended their conference.

And, because of that, many times, they don’t know how well they are really doing.

I see the connections, networking and influence the small town pastor has and I wish I could have this kind of Kingdom influence in my city. I see the respect they command in their community and know, in my context, in many ways they are miles ahead of me.

Small city pastor. God is using you. You are making a Kingdom difference. You just sometimes don’t know how well you are doing.