7 Surprises Since Becoming a Pastor 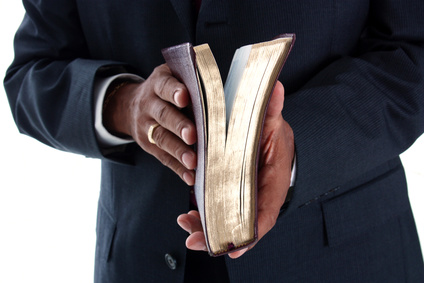 I love pastors. I haven’t been a pastor throughout my career. In fact, I spent most of my career to this point in the business world. (I realize this makes me an odd duck in many pastor circles, but it’s actually served me well in my ministry roles.) But, even before I was in ministry – I loved pastors.

Coming into ministry later in life, after being a church member, deacon and Sunday school teacher, has given me a unique perspective. I’ve seen ways the church interacts with the pastor I simply had no idea of before I was a pastor. A few surprises have occurred, probably especially when interacting with other pastors who are now my peers.

Thankfully, I’ve been in churches that mostly support me as pastor, but I interact with pastors in caustic church environments everyday. Even so, they are some similarities it seems with all pastors. And some of these, or at least the degree to which they exist, has been surprising.

Here are 7 of the biggest surprises in being a pastor:

The old adage that the pastor only works on Sunday – I’m surprised how many think something similar. They may not think Sunday is the only day the pastor works – some can catch on the message actually has to be written – but they don’t realize the weight of other responsibilities the pastor deals with on a weekly basis. It really is simply an innocent misunderstanding of what’s involved in the position of pastor. (It may seem a contradiction and yet this next one is equally true.)

The various opinions of how a pastor should pastor.

Some think I should be the only speaker the church has. Some think I should make every hospital visit. Some want me to do more administration. Some believe I am the resident counselor. Some think I should know every detail of every ministry and every event on the church’s calendar. You get the idea. As diverse as the people of a church are exists the range of opinions here. Thom Rainer wrote an interesting post on this issue and how many hours a week accomplishing expectations would mean a pastor should work. Read it HERE.

People often lose their filter when talking to a pastor.

It amazes me what people feel comfortable telling a pastor. It is beyond the expected confidentiality issues one expects. It could be criticism of the pastor or gossip about someone else, but many don’t hold back their opinion no matter how harsh it may be. And they don’t often clean it up before they present it. I have had pastors tell me they have people in their congregation who blast themm every Sunday about something – always in a very hurtful way. And, crazy, some of these same people will claim to be one of pastor’s biggest supporters to their face. The pastor should be a “safe place” to be real – even with your emotions. Unfortunately however, I think some people believe the pastor has no feelings or is expected to be “tough enough” to handle the jabs and process the rumors.

The job is never finished.

I guess I knew this, but not to the degree I do now. And, there are many jobs like this. There is always one more thing I could’ve done when I go home at night. Lives keep falling apart. People keep sinning. Marriages are in trouble. It could be overwhelming, and I could refuse to rest and neglect my family if I wasn’t disciplined, and if I didn’t have a keen awareness that Jesus is ultimately in control. My heart goes out to (and it is part of the motivation of this blog) pastors who haven’t learned or aren’t practicing this discipline or this truth.

Everything isn’t always as it seems.

People are hurting. Many of those hurts are hidden. You can’t “judge a book by the cover” when it comes to people. There are always two sides to an issue. Everyone has a story and it isn’t always the story you are thinking. Being a pastor has taught me it is unfair to judge people by what you think you know until you know the whole story. I’ve better realized the importance of extending grace before I know, and even if I never know, the full story.

Some people truly love their pastor.

They do. There are some of the best pastor-supporters in the church. Most churches have someone who truly loves the pastor and wants the best for them. (These are Kingdom-building people!) And, I’m so thankful. It’s amazing how supportive and encouraging some people can be. I honestly believe they would do anything for Cheryl and me. I know, especially from some of my pastor friends in especially difficult situations, that these type people keep a pastor going some days. If you’re one of those pastor supporting types – on behalf of all pastors – THANK YOU!

Those are a few things I didn’t know, at least as well as I do now, before entering the pastorate.