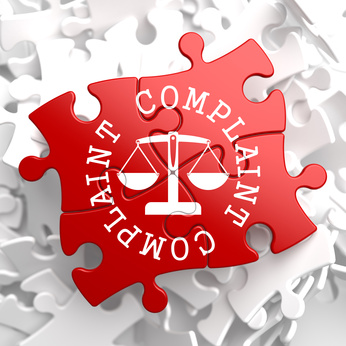 As a result of this blog, I receive emails regularly from staff members of other churches or non-profit organizations. There is usually a question they have about leadership, but along with the question often comes a complaint about their leader. And there are many.

I’ve been in a leadership position for near 30 years so I know complaints are common in leadership. If you’re in leadership you will receive complaints – about the organization you lead, the people in it, and about you. Period.

And, let’s be fair – some of them are valid. Some of them are not, but some are, because leaders aren’t perfect. None of them. Definitely including this one. There is validity in many of the complaints we receive.

I once decided I would compile a list of some of the most common complaints I hear. After grouping them together for brevity, I  went with the top 10 most repeated.

Why is this important? It’s not to lump more hot coal on a burdened leader. I love leaders. Investing in them is part of my calling. But, I also have a conviction. I believe I am less likely to improve where I don’t know I need to improve. Compiling this list became an awareness exercise for me as much as anything.

Here are 10 common complaints about leaders:

Controlling – All the decisions are decided and announced. No one gets to provide input. The final decision must come from the leader.

Stuck – Some leaders love routines and structure so much they never attempt to move things forward until they are forced into change. They are always playing defense – never offense.

Fearful – Whether because of people pleasing or lack of faith, the leader suffers from risk aversion to the point of crippling the team.

Unpredictable – There’s never a dull moment, but not in a fun kind of way. The leader is inconsistent and causes people to always be on edge.

Never satisfied – It doesn’t matter how large the win, instead of lingering in celebration, this leader is always asking “What’s next?”

Unclear – When they give direction or cast a vision it’s never understood by the one supposed to implement. Confusion leads to frustration.

Prideful – They take all the glory. Enough said.

Distracted – Sometimes leaders appear so busy those trying to follow don’t believe they ever have their full attention.

Phony – This leader’s personal life, and the one seen by those closest to the leader, doesn’t match the public persona the leader displays.

There is the list. I think it could be good for all leaders to read through them – and ask some tough questions of yourself. Which of these would be most said about you?

You may be wondering, if you were to hear from someone on our team – which of these would be complaints about my leadership? Probably many of them at different times. If I had to guess, however, they would probably point to three intially.

Often, though I have no problem making decisions, I can easily get locked into minutia if presented with too many options and appear indecisive.

I am aware of these areas and continually attempt to address them in my leadership, but it is an ongoing process.

Now, on behalf of leaders, as a word to those trying to follow, let me say many times the leader is totally unaware they are perceived in these negative ways. And, most, if they knew, would make some attempts to improve in that area of their leadership.

Leaders, the word for us is we must continually work to become more aware of what is being preceived which often isn’t being spoken. It might not even be reality, but perceived reality is often just as damaging. (Some of the complaints I listed about me would fall into the perception category – not the reality. But, perception is someone else’s reality.)

If you are uncertain, the best thing to do is ask. Hand this list to some on your team and ask them to identify one or two they think you could work to improve. You’re not asking them to complain – just to give you honest, helpful feedback.

So, leader, be honest, which of these would most likely be the complaints said about you?