5 Ways You May Be Destroying Your Marriage 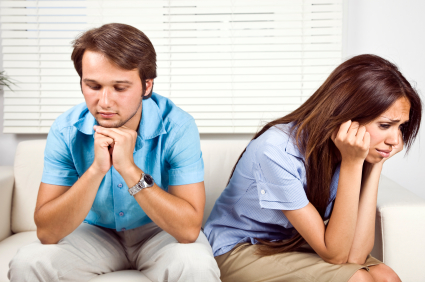 How does a once good marriage fall apart?

I get asked this question when it becomes public a marriage everyone thought was rock solid falls apart.

There are probably lots of reasons. There are usually a few common causes in my experience.

Many times couples are destroying their marriage – and, most times, it’s not intentional and they didn’t even know it was occurring. So, let me address this to those who may be in a season – or an upcoming season – where a good marriage is in jeopardy. (Satan loves those seasons.)

Here are 5 ways you may be destroying your marriage:

Other interests come between you.

Typical dangerous scenario: The couple hasn’t been communicating well, life is stressed, and suddenly a friendly voice or a pretty smile says an affirming word at the office. Happens everyday.

It could be a relationship – even good relationships like children or other friends – or a hobby, or work, but something gets a higher priority than the marriage. There was probably once a time when the two of you could “take on the world”. Nothing could come between you. You were inseparable. But, other things began to grab one or both of your attention – slowly, over time. Outside distractions will destroy a good marriage.

(I have also seen solid couples who once were so committed to the church. It was a stabilizing place for them. They found their friends there and their weekly encouragement. Gradually they get off track and are infrequent attenders at best. It provides a whole for the enemy.)

Are there distractions coming between you and your marriage?

Every couple is different – and every individual. I have found there is often one who doesn’t mind conflict and one who runs from it. There may be one who little things to bother and one nothing seems to phase. (Drawers continually left slightly open or clothes on the floor can prove to be a major problem if never addressed.) And, there are all kinds of combinations in between. But, when conflict develops at some point it must be addressed. Hidden pain never disappears on its own. And, many couples simply don’t know how to address conflict. (Get help if you don’t.)

Conflict left unattended sometimes sits like it never existed. But, oh it did. And, it does. Someone is holding on to it. Trust me. And, the longer it sits the deeper the wedge it causes. Someone reading this may be allowing an injury from years ago to continue to haunt you. Your spouse may not even know the hurt is still there.

The couple stops dreaming together.

When a couple is dating they have lots of dreams together. They discuss their future. They dream about where they will live and travel. They dream about family and adventure. It’s an energy which fuels the relationship. When it stops. The fuel it brought stops.

Many times we get so distracted with life stuff – the kids, work, paying the bills – it becomes all we have to talk about anymore. Those things we once dreamed about are replaced with current demands. This is natural, but it can de-fuel a marriage.

When is the last time you spent time talking about the future – your future as a couple?

I’ve long said this is one of the leading causes of marriages unraveling. Couples quit dating – quit laughing – quit having fun together. They get caught in the routines and busyness of life. Boredom sets in and the closeness they once shared begins to drift. The enemy love this and suddenly one or both spouses seek excitement elsewhere. Dangerous.

Do you remember when you once couldn’t wait to see your spouse again? You were newly involved and they were the first person you thought about in the morning and the last person at night? What was it about them which captured your attention about them? Chances are it’s still there – you simply haven’t noticed in a while.

Is it time to get back on the same page with each other? We have found sometimes (many times) we need to set aside time – just the two of us – to reconnect and get realigned with where we are as a couple and where we are going.

It will take intentionality on your part – and granted on both of your parts – to address these issues. But, a good marriage is worth the effort.

I’m praying for your marriage — as I continue to pray for mine. Stand firm.