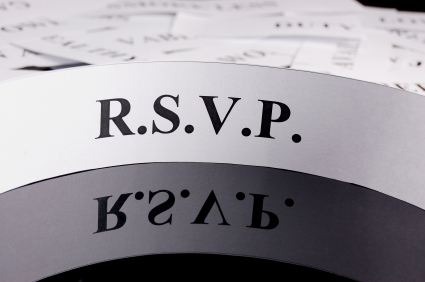 I remember meeting with a young man in our church a number of years ago. I had baptized him a few months before and had taken a personal interest in him. I saw such potential in him, and knew he was likely heading towards vocational ministry, so I asked him to serve in one of our ministries as a volunteer. He was delighted at the invitation.

Many of the best volunteers are just one personal ask away from serving.

A few weeks later, I followed up with him. He said he filled out a card asking to serve immediately after our conversation. He never heard anything. He assumed, therefore, we weren’t interested in him or he wasn’t qualified.

I was devastated – and a bit embarrassed. Hopefully, he simply fell through the cracks of our system, but this type of thing frustrates me more than just about anything in leadership. He certainly was qualified, but even if he had not been it would’ve deserved an answer.

Responsiveness should be a paramount value in ministry and leadership.

Whether it’s an email, a phone call, or Facebook message, most people expect some sort of response. I realize we all get busy and it may sometimes delay a response, but people are too valuable not to respond to them in a timely fashion. I encourage all leaders to figure out a system, which works best for them, which will assure responsiveness.

When a leader is unresponsive it creates problems for the leader and the people seeking to follow.

Here are 3 casualties from unresponsiveness:

It makes a person feel unappreciated.

When someone doesn’t get a response back, the person feels they aren’t important enough to you. They wonder what they’ve done wrong or why you don’t consider them good enough to merit one.

It makes a person feel unloved.

Like it or not, unresponsiveness is translated, especially in the church setting, as an indicator of care. It’s a relationship. If you don’t respond, you must not care for them very much.

It makes a person mistrust you or the organization.

People will only tolerate unresponsiveness a few times. When a leader fails to respond they lose credibility with people and are seen as unprofessional.

The bottom line is when you don’t respond to people you force them to create their own response. And, naturally, our minds assume the worst.

So what do you do about it?

Even in the best environments, situations like the example above will happen. Emails or cards get lost. People forget. Mistakes happen.  People will feel they’ve not been listened to, no one cares, or even they are unloved. They’ll take it personal enough to leave the organization. It should never be because we simply chose not to respond in a timely way.

And, I should mention, there are rare times when the person seeking information is the problem in the situation – or where they use tactics such as verbal abuse to get the response they want. I’m not addressing those in this post. Again, those are rare and should be handled differently. (You might read my post on Stakeholder Analysis for this type scenario.)

This post is about the normal, day in an day out communication with people. People need and deserve answers. It’s part of a healthy culture. It’s part of healthy relationships. And, it’s the right thing to do.

The more you can do to avoid unresponsiveness the better you will build an atmosphere of genuine trust.

How does it make you feel when someone doesn’t respond to an inquiry?