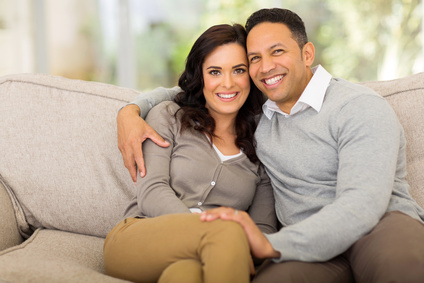 I recently wrote a post about 7 things you may not know about your wife. It was a popular post and I committed to write a companion post for the wives.

Here are 7 things wives need to know — but may not know — about your husband:

His ego is more fragile than you imagined. I know, you’re probably tired of hearing about the male ego. I get it. But, it hasn’t gone away and, frankly, the world isn’t too kind on our ego. We see the jokes on every sitcom and commercial about how inadequate we are at times. But, there’s not a man with a soul that’s alive that doesn’t want to be admired by the woman in his life. Not one.

He is very visual. Very. More than you are probably thinking. You see his eyes roam. That’s a natural reaction for him. He doesn’t have to work on it. Now he has responsibility over his eyes — not the girl who attracted them — but if there’s a pretty girl around, he probably saw her long before you did. And, he likely battles staring more than you will ever understand.

He doesn’t want you to be his mother. You can say “Ouch!” if you need to, but men want a wife, not a mom. I hear this from men frequently — especially young men. If you’re a mom they want you to be a great mom — just not theirs. I know we need mothering sometimes. All of us do. We may even act like big babies at times. But, mothering a husband never works. Ever. Be our partner. Our best friend. Not our mother.

When you correct him you hurt him. That doesn’t mean he doesn’t need correcting. He might. But, the way you do this is huge. Your respect for him is huge for him. His greatest emotional need. That could be in how he fixes the bed — or the fact that he doesn’t — or for things far worse. If he senses you are talking down to him — not respecting him — he may comply with your wishes in actions (or not) but inside his heart will be growing colder towards you.

He loves you uniquely. He probably won’t love you all the ways you expect him to love. And, frankly, he won’t be all the love you need him to be. He may not always feel love as an emotion as strongly as you do. Your heart is capable of much more than he can fill completely. There will be times — hopefully even seasons when he does — but no man will meet every need of your heart. (Other than the man Jesus.)

What he does really is who he is many times. It’s his identity. If it’s golf, his career, fishing, antique cars or his extensive comic book collection — that’s a part of him. When you miss that or don’t value it he may feel like less of a man.

He probably thinks you’re more wonderful than you think he does. He probably thinks higher of you than you do. How you look. What you’re able to do.  e wonders how you keep up with everyone and everything as you do. He may even envy that about you. And, he has a strong desire to protect you because of his view of you. He respects you — probably more than he knows how to communicate to you.

Guys, anything you would add?