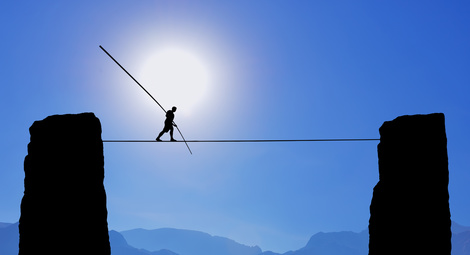 I try to create a leadership culture where failure is considered a part of the learning process. It’s okay to fail on our team. It  may seem unproductive to some, but many times I have watched someone on my team fail. I probably could have stepped in earlier to rescue by taking control of the project or delegated to someone else more experienced. We might have saved a failure from happening. Yet, I let the failure happen.

I was mentioning this at a conference breakout I led once. During the question and answer portion, someone asked a valid question. It went something like this:

I am in the middle of this now and it is tough. Many times I wonder if I should just step in. I am trying to exercise patience. Is there a time you save people from failing?

When do you rescue someone and when do you allow them to possibly fail?

Here is my basic “high-level” response:

At times I allow them to fail.

I will admit, this is the harder one, but if I would be stunting the individual’s personal growth by stepping in to rescue them, I may let them fail. Failure is one of life’s greatest educators, so most people grow through trial and error.

If, for example, someone on my team wants to try something new. I may feel it isn’t the best decision, or it isn’t the way I would choose to do it, but I usually can’t guarantee it won’t be a success. Instead of going with my gut, I may let the team member follow his or her gut and take a chance. We may discover a home run and I would happily admit my hunch was wrong. And, either way, it didn’t hurt too much overall, but the individual team member learns something far more valuable which will help them and the team in the future.

This is probably the most common example I’ve seen in risking whether to let them fail or step in for the rescue. Most of the time the outcome isn’t going to be earth-shattering for the individual or the team either way. But the learning could be huge for the individual and the team. It’s a risk I’m usually willing to take.

But the bottom line for me is to discern the greater value – to allow a fail or to launch a rescue.

So, at times I do step in to rescue

Sometimes I can save someone from unneeded heartache. I’m likely to step in an try to help if it wouldn’t teach them as much as it would simply hurt. This includes for them and for the team.

There are failures we can learn without the need to repeat them.

Two Examples: When I was in business, I had people give me fair warning about doing business with certain individuals. I was thankful to avoid the pain of those associations. There would be others I couldn’t see coming and would learn on my own and help others avoid the pain.

Also, in business, I learned the secret of making your banker your friend and not your enemy. Unfortunately, I learned it the hard way and it cost me lots of money, but I have given that piece of advice to dozens of young business owners over the years. That’s a “failure” which impacts the business and everyone in the business.

If the failure is going to derail the progress of everyone on the team, or the recovery is going to be greater than the teaching experience, I’m likely to rescue them.

I realize this doesn’t answer the question directly. There are no clear cut lines on leadership issues like this. Every situation is unique. That’s why we keep learning and developing in these areas.

How do you decide when to allow someone fail and when to save them the agony?