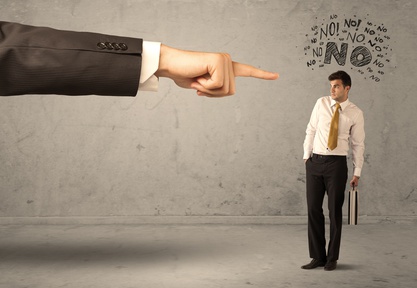 As a leader, I’d almost always rather say “No” than “I don’t know”.

Don’t misunderstand. I love when a leader admits they don’t know something. I believe every leader has something to learn and one of the best places to learn is from the people we lead. So, say “I don’t know” when you want your team to share insights and ideas.

And do that often. Collaboration is key to a healthy team culture.

What I’m referring to here is saying “I don’t know” when the real answer has already been decided. When the answer is already No.

When I know the answer is no I prefer to say no.

“Let me think about it” – which often means I don’t have the guts right now to let you know how I really feel.

“We might consider this” – which often means we will never, ever consider this, but I feel better telling you we will rather than look you in the face with the real answer.

“Let me pray about that” – which often means I have no intention of praying at all, but I sound so much more spiritual when I act like I will.

“We’ll see” – which often means I’ve already “seen” and the future does not look promising for your idea.

“It could be an option down the road” – which often means it will be so far down the road neither of us will ever be here.

Afraid of potential conflict or in an attempt to please people, weak leaders make you believe there’s a chance for your idea even when they’ve already decided there is not a chance.

What’s the damage in saying “I don’t know” if the real answer is “no”?

Strong leaders, even though they know “no” is not what you want to hear, tell you the truth up front. They eliminate the guesswork.

Hopefully if you follow this blog you know I believe the answer shouldn’t always be no. I’ve written numerous posts about how good leaders empower rather than control. I prefer to say yes to people’s ideas far more than to say no.

In fact, I’d be in favor of letting people mistakes before I would be in favor of telling them no – even when I sense no is the right answer. We learn best from mistakes.

If, however, you’ve made up your mind, stop people from guessing, stop building false hope, and say what you’re really thinking.

Leader, what door have you kept open even though you know you’ve already closed it?

Nate and I have launched a new season of the Ron Edmondson Leadership Podcast, so subscribe now, so you won’t miss the next one.