7 Indicators You are Serving on a Dysfunctional Team 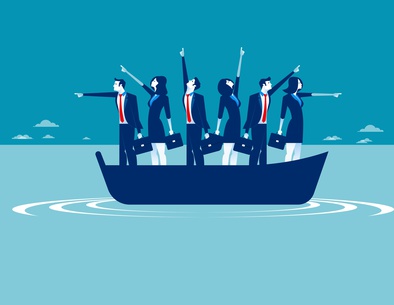 In case you’re wondering- my definition of a dysfunctional team – in simple terms – is one which cannot operate at peak efficiency and performance, because it is impacted by too many negative characteristics. There’s more going wrong than right more days than not.

In my experience, there are commonalities of dysfunction. If you have been on dysfunctional teams before you’ve probably seen one or more of the common traits.

See if any of these seem familiar.

Team members talk about each other more than to each other.

The atmosphere is passive aggressive. Problems are never really addressed, because conflict is avoided. The real problems are continually ignored or excused.

Everything may even be labeled “amazing”. Nothing ever really develops or improves because no one has or inspires a vision bigger than what the team is currently experiencing.

It’s the completion or the culture or the times in which we live. No one takes responsibility. And everyone passes blame. Will the real leader please stand up?

There may be lots of information, but it’s not packaged in a way which brings clarity. No one knows or recognizes a win.

The mention of change makes everyone nervous.

Either change is rare, or it’s been instituted wrong in the past. Any real progress must be forced or controlled.

Only the leader gets recognition or can make decisions.

Team members never feel valued or appreciated. No one feels empowered. The leader uses words like “I” or “my” more than “we” or “us”.

There are competing visions, goals or objectives.

It’s every team member for his or herself. The strategy or future direction isn’t clear.

According to my observations have you served on dysfunctional teams?

Granted, every team goes through each of these during certain seasons. And, again, there are no perfect teams. But if there are at least two or three of these at work current I’d say it’s a good time to evaluate the team’s health and work to make things healthier.