How Ideas Are Received On A Healthy Team 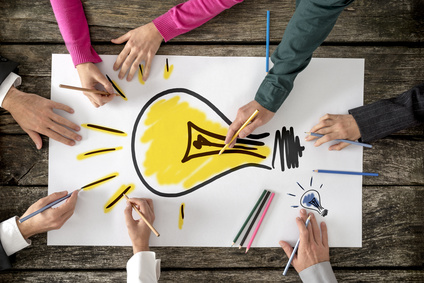 Healthy teams allow every idea a chance to live. Initially, there are no bad ideas.

The healthiest teams don’t contain a built in idea killer or a system that shuts them down before their time.

That’s because good leaders know ideas need a chance to breathe. They need to be stretched and prodded and examined. The best ideas sometimes often come from what started as a seemingly bad idea.

Genius ideas may often be killed before they have a chance to develop into their greatness.

I once had a serial entrepreneur (with over 200 successful startups he was a part of at some level) tell me he never met a bad idea. He just keeps tweaking the idea until it works.

Healthy teams remain open-minded about an idea until it’s proven to be a bad idea or there’s no way to make it a good idea. And never before.

It doesn’t have to be a long process. It could be a short process. Some ideas don’t take long to discern.

One time we were trying to find ways to get new people to our new church plant. In a brainstorming session, an extremely creative, often off the wall idea guy blurted out, “Let’s give free monkeys to the first 100 people on a Sunday!” He was serious. And he meant live monkeys; the kind you find at the zoo.

It didn’t take long to get through that idea, but the point is he felt free sharing his most random idea. And we landed that while monkeys may not be the gift, perhaps there was some gift we could give our visitors. I think we landed on coffee mugs. (Even now I wish we had at least painted a monkey on the side of them.)

The point is healthy teams give every idea a chance to live.

That is because healthy teams know there is value in the collection of ideas on a team. And they are willing to flesh them out to the best ideas.

Leader, next time your team gets together open the floor of discussion to ideas, let everyone put ALL their ideas on the table. Make sure there is no fear of embarrassment or retribution. Watch for collective brilliance to develop .