Releasing an Employee For A Less Obvious Offense 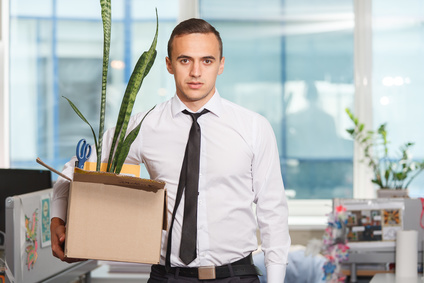 One of the hardest decision a leader makes is to release someone from employment. Making any kind of employment decision comes with the sobering reality, regardless of what the person did wrong, that the decision will likely impact others who are many times innocent.

I’ve heard many times that we should “hire slow” and “fire fast”, but that’s much easier to say than it is to do.

When due process has been given and every reasonable attempt to restore has been exhausted as a leader, we must make the right decision for the good of everyone involved. Even as hard as it is to make, when the offense is clear:

Those still aren’t always easy decisions, but they are often easier to clarify when the offense is clearly defined.

One of the harder decisions for me, but one I’ve had to make numerous times, is when I have to release someone for less obvious offenses. They aren’t clear-cut issues.

Sometimes these decisions are not for a specific offense, as much as it is the best decision for the organization. In my experience, many leaders miss these, because they are more difficult to clarify.

Years ago in the business world, I had someone on my team who was a tremendous producer. He could sell anything and made the company money. It was some of the external, not as easy to define aspects of his employment that made him a poor fit for the team. (He was disrespectful, flippantly avoided mandatory meetings, bad-mouthed the company, etc.)

It was hard to lose a top performer, but there were larger issues at stake I had to consider for the good of the company.

Here are a few other examples of situations I have experienced:

One who never meets agreed upon expectations. This one is so hard for me, because I usually let people help determine what they are going to accomplish. (I like to let people write their job descriptions and set their own goals.) And many times it isn’t a matter of whether they are a good person or not. They simply won’t do the work.

On this one I like to make sure we have provided all the resources the person needs to be successful. I want to give the process plenty of time. But when the person is no longer respected by their peers or with volunteers and everyone else is wondering why I haven’t moved sooner, I know it is time to make a hard decision.

A team member doesn’t support the overall vision or direction. They may have the skills to be outstanding. The problem is their attitude or vision differs from the organization. If left unchecked, however, these people can serve as a cancer to the team more than an asset.

A person who has theoretically “left the building”. In terms of their commitment level, they no longer have any heart for the job. This may have occurred over time and it may even be something in their personal life which has caused them to change some of what they want in life. These type are often just hanging around for a paycheck.

All of these left unattended will likely bring down the morale and work ethic of the rest of the team.

Again, employment issues are always hard decisions. The harder ones for me have always been the ones without clear easy to define lines, often involving good people who are not longer a good fit. And I only shared a few. There are plenty of others I could have shared.

Leader, if I can be a voice to you here – making the right decision protects the organization, the teams involved, and, often, the ability of the team to respect your leadership.

Do you have a hard decision you need to make these days? It won’t be easy. It may even be a temporary setback for the team. But your credibility as a leader may depend on the quality of decision you make.