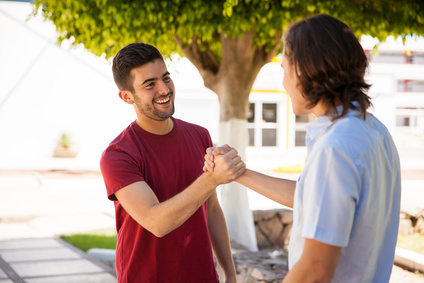 Every pastor and church I know is trying to recruit more volunteers. As a church planter and church revitalizer, I learned this is especially true those of us who are leading teams during a transition or start-up phase.

In fact, I would even say it will be very difficult to grow a church unless you can first recruit new volunteers.

Having the right people on the team is paramount to the success of any organization. Jesus was the best at recruiting. Look at the Church today and realize it started with Jesus recruiting the original disciples.

What was it about Jesus that made Him a good recruiter? What can we learn from Him in this critical area of ministry?

In John Chapter One, I see three methods Jesus used in recruitment.

Here are 3 tips of a Jesus recruitment methods:

It’s common for a leader – especially a new leader – to want their “own” team. It makes sense to surround yourself with some people you know are loyal to you and you can train with your way of doing things.

When developing a team or starting a new team, however, it’s also good to have someone who may have even more experience than you in what you are doing. You need individuals who know how to do what needs to be done, can be influencers to the rest of the team, and who have proven their loyalty on other teams. These people are valuable assets to any team.

In my last pastorate role, the associate pastor offered me his resignation before I arrived. He had been at the church 15 years or so and had weathered good times and bad in the church. I refused to accept it. Instead, I encouraged him to move into a larger office – next to mine – gave him greater decision-making authority, and worked to earn his trust. He was invaluable in my success at the church. I’m confident I also gained a loyal friend for life.

Allow the team to help recruit the team.

Andrew found Simon — Philip found Nathanael. (John 1:41, 45) Apparently, Jesus allowed some of the disciples to help recruit other disciples. The team helped add to the team.

This is a great reminder when you are building a team, adding other team members, or replacing a team member. Get your team involved in recruiting. Their support will increase for the new recruits – and, by spreading the search process – you’ll have an increased chance of finding better people.

When I arrived in the last position, I made sure I had hiring authority. I think it’s critical for a leader’s success. I would have been foolish, however, not to include others in the selection process, so I had several people interview and meet with the new staff members prior to them joining our team. My wife was one of those who assisted me. They helped me by lending credibility to the new staff and making sure I was being wise in the decisions we made.

Recruit people who are ready for a challenge.

Some of the disciples Jesus recruited were apparently already looking for the Messiah. (John 1:38, 41, 45) They were ready for Him when He came, because they were already seeking something. Jesus recruited with big asks – basically, “Drop everything else and follow me!” I’d say this is a big ask.

Obviously, I’m not Jesus, but I believe it is important when looking for new people on a team to find people who will buy into your vision as a leader, who will remain loyal over time and who are ready for a challenge. If you have to talk them into something, or gain their initial trust after the hire, you’ll waste valuable time before they completely commit. (This doesn’t mean there aren’t deeper levels of trust to be gained over time, but initially they should be convinced this is where God wants them to be.)

One practice I have continually used in recruiting new team members is to talk them out of taking the position – after I’m sure they want the job and I want them to take it. I want to help them test their hearts. I want them to know the unique challenges ahead (as far as I know them at the time). I don’t hide anything – even the less than glamorous parts.

We hired several staff members on faith the first year in the last church I pastored. The budget did not support them, but we believed God would provide. He did. This was almost always the case when I was in a church plant. If someone is still interested after they know all the down sides of the position then I am more assured they will make a great addition to the team.

Of course, there are so many others. Look for heart more than for pedigree of past accomplishments. Find people from diverse backgrounds. Challenge people beyond what they think they can do. These are just a few from one chapter.

Perhaps some of the recruiting methods of Jesus can help you in your recruitment.