7 Ways to Get a Boss to Notice You 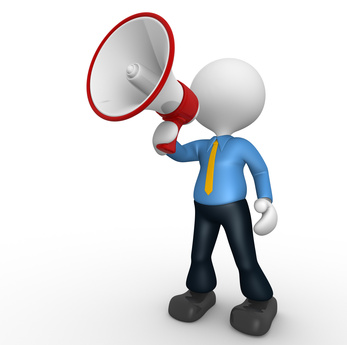 I once was asked a genuine question by a young man entering a new job as an entry-level leader. He was ambitious and ready to lead, but his boss didn’t seem to really notice him or his abilities.

How do I get my boss’s attention?

(First, please know I am not a fan of the word boss. I never enjoy being called that on a team.)

But I thought the question was premature. This young man had been on the job less than a month. I felt his question could come in time, but not one month into a new role. He had so much to learn first. He obviously had attention to get hired. He was referred to me by a friend for advice, though so I wanted to help, but also felt the freedom to be candid with him. I mostly wanted to help him as he began his career.

Not only did I think his question was premature, but I felt he was probably also asking the wrong question. He wanted to do well in his career, wanted to hit the ground running right out of college, but he didn’t feel he had been able yet to get the boss’s full attention. (I use the word boss because that was his word.) I’m not sure at that point in a new job “getting attention” should have been his greatest concern.

Maybe there were other questions of greater value to him long-term that he could have been asking me. Things like, “What are some of the best ways for me to learn this organization?” “What should I try to accomplish in the first 90 days?” “How can I add genuine value as the new person on a team?”

I did, however, value the fact he was asking a question of any kind. It showed intentionality on his part, which I always appreciate.

I also realize what some of my peers who are my age may be thinking at this point about a young man who comes into a new job and immediately wants attention. They might read what I’ve written so far and think words like arrogance, impatience, or the audacity. And I get that too. But, in candor, I didn’t sense those were this young man’s motivations for the question. I think he really did want to do his best work and prove he was worthy of the hire.

It is true some from younger generations expect to move ahead faster than my generation did. They don’t necessarily understand the term or want to “pay their dues”. They want a seat at the table of leadership today. It is a cultural shift in the workplace. I get that too. I’m not even opposed to it. One of my favorite things to do is to invest in younger leaders and part of that is by giving them a seat at the table. That is how they will best learn.

Plus, in fairness to this guy’s “boss”, it would be hard to judge the system of advancement in such a short time. He may have paid attention to this young leader in time if he did nothing I advised him to do. None of us knew that for sure.

But, again, I appreciated the fact that this young leader wanted to make a difference enough to be noticed, so here was my advice.

If you want your boss to notice you:

Be respectful  – The leader needs to know you recognize and appreciate the position he or she holds. That’s important whether or not you agree with the leader. If he or she doesn’t feel respected you are unlikely to gain any attention.

Be consistent – Do your best work consistency over time. That almost always leads to respect.

Be resourceful – Especially today and in this economy, leaders are having to find ways to do more with less. Help that happen and you are practically guaranteed a seat at the table.

(I love 1 Kings 11:28. “Now the man Jeroboam was capable, and Solomon noticed the young man because he was getting things done.” Of course, there is so much more to that story, but the point is what gained Solomon’s attention – getting things done.)

Be responsive – Responsiveness is rare these days. Answer emails promptly. Be on time. Follow through on commitments.

Be attentive – Things change fast. If you are aware of the times and can help the organization move forward quicker you become a valuable commodity on the team.

Be resilient – Do you wear your feelings on your sleeves? Are you always questioning another person’s motives? Would you be considered paranoid? Are you afraid of taking a risk? Those are not welcoming attitudes that invite you a position to the table.

Be exceptional – Normal is – well – normal. Exceptional is rare. If you want to truly set yourself apart – if you want to be noticed and advance in leadership – you have to rise above normal. The key is to give your best to a day’s work everyday. Have a good attitude about your work and the team with whom you serve. Serve and love others and the organization with everything you have to give.

My best advice to gaining the attention of your boss:

And when you do that consistently over time you’ll get lots of attention.

Anything you would add?