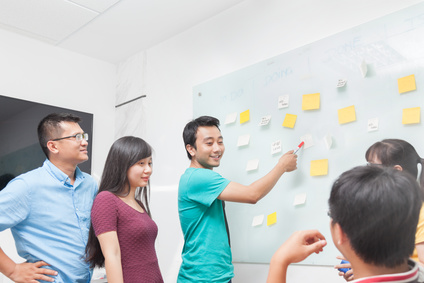 That principle came to me in a personal illustration.

Cheryl and I love to travel, and we have done a lot of it together. Several years ago we realized that we were getting close to visiting all 50 states. Friends of ours had that as a goal of theirs, so we adopted it. Our overall goal was simple – visit all 50 states together. Since then we’ve planned many of our vacations around trying to get to all 50 states. At the time of this postering we are only missing 4 states – Alaska, Wyoming, Nevada and Oregon. (Some of them we’ve been through, but not following “our” rules.)

Cheryl needs a plan, so we needed some criteria in her mind for the visits. We developed the “rules” for a state to be considered “visited”. There were only two rules:

The only problem is we do lots of traveling and most of it is to places we have already been. It will require intentionality to check off the last few. (I’m praying some church in Alaska – or any of the other 3 states – will need me to fill in some Sunday or lead a retreat for them soon. 🙂 )

A few years ago, we were on vacation attempting to cover another state. Our plan would allow us to mark four states off our list on this trip. As we started planning, however, we realized we could mark five states off our list, if only we didn’t have to “spend the night there”. Our own rule got in the way. As anxious as we are to mark off all 50 states, especially since we are so close, we still had a rule to follow.

But, the point I’m making:

We could change the rules and still not alter our original goal – to visit together all 50 states.

It was a huge relief. Cheryl agreed for a short time.

But then she couldn’t bring herself to change the rules. Thankfully, as it turned out, we were able to spend the night in that state anyway, but I still contend we could change the rules if we wanted to. They are OUR rules. (Now if someone could please convince my rule-following wife of that.)

I know that’s a silly example, but it illustrates a much bigger problem we face in many churches and organizations. There’s a leadership principle here.

Sometimes we confuse our rules for our goals.

Rules are meant to help us attain goals, not keep us from them. We need rules. They guide our way to progress.

As much as rules are a part of the process…

Why live by rules that keep us from accomplishing our goals?

I have seen this so many times in leading people. Often we limit ourselves to doing things strictly according to rules we have set for ourselves – or others have set for us, but they actually hinder progress. The rules no longer match what we now want to accomplish – they don’t enable us – they are actually hindering progress.

In those times, we may not need to change our end goal. And we don’t need to lower our standards.

Many times we really just need to write better rules.

I’m still trying to convince my wife this with our last 4 states. (Pray for me.) But for the organizations we lead – let’s not let the rules become a burden in accomplishing our goals.

Be honest – What’s a rule that’s currently getting in the way of progress?