Leading Under Pressure – An Example for All of Us Who Lead 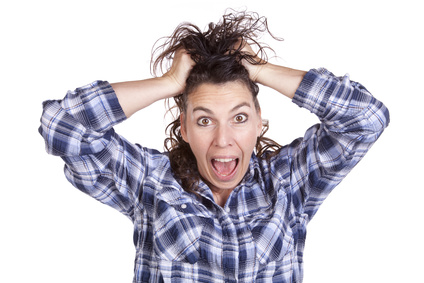 I once had a great illustration of leading under pressure.

Or, to be honest, the need to actually “lead” (or lead well) under pressure.

I met a friend at a restaurant for breakfast. The place was normally busy and this seemed like a typical day from the many times I had frequented this restaurant. What was unusual was a new manager I had not seen before. And she was in full stress mode.

Apparently, several of her employees hadn’t shown up for work that day. (And I really don’t have to say apparently, because she made that quite clear as she complained rather loudly about her AWOL team members throughout our visit.)

Suddenly the place was swamped, which again was not an unusual happening for this particular restaurant. The young girl running the cash register was overwhelmed. She had to ask for help several times. (She was probably sorry she did after the reaction she received.) She made a few little mistakes and seemed to make more mistakes the more agitated her boss became with her. This new manager continually “barked” back half answers, displayed constant frustration, and grumbled excuses about the lack of manpower. She never apologized. She just complained.

Our server also became agitated, which was totally out of character for her. She had waited on me a number of times and was always pleasant, but the attitude of the restaurant was changing from anything I had previously experienced. Several customers displayed equal frustrations as tensions in the restaurant grew.

The only difference on this day than any other day I had been to this restaurant – a new manager. A new frustrated manager.

My friend and I wondered how we could best help. I thought maybe I could start cleaning some tables but, honestly, I was afraid of her this manager. 🙂 We stayed, tried to be nice and patient, but leaving almost seemed the more helpful option.

Now I should say, I know firsthand the pressure of leading under stress. I’ve been there so many times where it seems everything is going wrong at the same time. Honestly, however, from an outside perspective, the employee on the cash register would have made less mistakes, servers would have been kinder, customers would have been less tense and the overall environment would have improved – had the new “boss” simply led through the moment rather than overreacted in it.

It reminded me of an important leadership principle.

I realize that appears to be a harsh assessment of the situation and of this manager, but it is based on years of leading through times of chaos. In fact, most of what I have learned came from a very difficult and very long season of poor leadership on my part as a small business owner. We were experiencing pressures from all sides and, as the owner, I didn’t respond like I should. Reflecting back now I realize it was impacting all of our employees.

I have often observed that leaders (including me) often default to a bad side of our leadership when pressures come. We sulk. We complain. We panic. We worry. We checkout. Yet the role of a leader in times of stress may be more important than when times are good.

We have to discipline ourselves around it.

If the leader remains calm under pressure. Keeps smiling. Pushes forward the best he or she can – the team will more likely remain calm. If we keep an attitude of “we can do this” and lean into the problem rather than run from it or react poorly to it – the best we can at the time – our team will likely dig in and help us overcome the difficult moment or season.

But the opposite is also true.

If the leader panics everyone panics.

Leading in good times is easy (easier). And part of leading is to step back from the stress long enough to chart healthier ways for our team. (This manager likely needed to push through the day, go home and rest that night, and start the next day with a fresh attitude and maybe a new plan.)

When the world is stretched – when we are under-staffed, under-funded, overwhelmed, that’s when we most need leadership to help us wade through the day.

Here is your chance to help other leaders. Do you have any tips for remaining calm under pressure?