The Second-Tier Leadership Principle – (This has made me a better leader.) 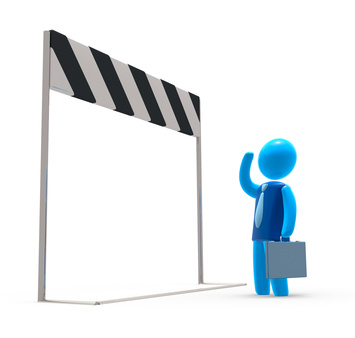 Real change in any organization – the kind which changes ingrained structure and systems – DNA type changes – and sometimes people changes – often take steady progress over a number of years. So, it was helpful to me to start thinking of things in terms of tiers of leadership. Staggering significant changes over seasons of my leadership made me a more effective – and less frustrated leader. Tiers of leadership is not putting off things I don’t want to do. It is doing what I can realistically and effectively do in this season and then scheduling things I couldn’t do as well now into another season of leadership.

Since then the use of tier leadership has been confirmed for me many times. It is such an important understanding of how I lead; especially when I am new to an organization. I am naturally wired to come into a new position ready to conquer the world. Even after years of being in leadership, I can naively think we can accomplish everything that needs to be done quickly.

Time and experience has proven otherwise – at least in my leadership.

I’m convinced, if a leader doesn’t understand “tiered leadership” – or whatever term they choose to use to describe it – the leader will often think he or she is doing something wrong as a leader. They will wonder why everything hasn’t improved yet. They may even question their ability to lead. Ultimately those who are trying to follow will be frustrated as well. (I often have to share with our staff and board what I’m doing, or they will think I am ignoring important things.) All of this simply because they tried to do everything in one “tier” of leadership.

Just because a leader is not able to accomplish everything needed in one “tier” of leadership is not an indication that they are leading poorly. They may be leading poorly (that would have to be another post), but it might be they are simply being strategic as a leader.

Let me try to explain.

In my experience, realistic first tier changes – even the messy ones involving replacing people – are usually more obvious to people. Everyone knows they need to be done, even if they are hard to accept. Plus, a new leader has a short window where people expect some changes to occur.

In the second tier of leadership – the changes that need to be made are often less obvious. These changes may, for example, involve good people, who haven’t necessarily done anything wrong, but who are no longer a good fit for the organization. Everyone loves them and no one expects them to go anywhere. Changes made with these people will be harder to accept and often require a “second tier” of leadership.

Another example – It might be that in the second-tier of leadership is where a leader begins to move the organization to change things, which are more deeply entrenched into the DNA of the organization. The leader may have avoided them in the first tier, because he or she did not feel they had built enough trust to tackle these changes. (This is being strategic, not negligent as a leader.)

The bottom line understanding again – and the point of this post –

To be clear, in my experience, there is also usually a third tier of leadership – and a fourth tier and a fifth tier and… Well, hopefully you get the point.

Understanding the tiers of leadership, and planning reasonable advances or changes in the organization for each tier, will help a leader feel, and probably actually be, more successful as a leader.