7 False Assumptions Made About Introverts 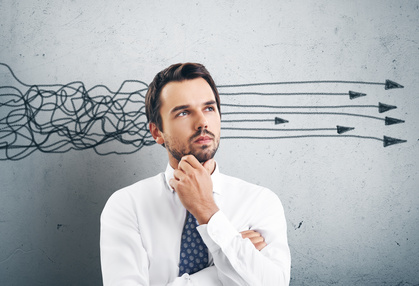 I am an introvert. Some people can question whether they are or not. I don’t. I’m certified in Myers Briggs, so I know the language well. I’ve studied the concept, but it didn’t require much study or an assessment for me. I know I’m in the club.

As a pastor, it meant I was more tired when I went home on Sunday. It means I avoid certain crowds unless I have a clear purpose for being there. It means I usually run amd exercise alone and I’m okay with that. It means I’m probably harder to get to know than some people. I get all that. I own it. It’s me.

I realize I have to work harder as a leader to allow my team to know me or what I’m thinking. I can’t allow introversion to be an excuse for poor leadership.

I’ve written before about the struggles of introversion in ministry before and how I adapted with it as a pastor. What surprises me, however, is how misunderstood introverts are sometimes. There are a lot of false assumptions made when someone is introverted; maybe especially an introverted leader. (And, I know lots of pastors – even of very large churches – who are introverted.)

Here are 7 false assumptions, which have been made of me as an introvert:

That may be your word, but it’s not mine. I prefer purposeful for me. Others may call it something else. I talk when there’s a purpose and I’m not afraid to do so. Three year olds are shy when they hide behind their daddy. That’s not me.

Some have thought I must need more courage

“Why I oughta!” (You’ll get that only if you are a Moe Howard – Three Stooges fan.) Seriously, I “ain’t chicken”. Again, when I choose to speak I’ll speak. Choosing not to isn’t a fear. It’s just being comfortable.

In some settings, when I’m quieter than others, it’s been assumed I’m not as intelligent as others in the room

And, that’s probably true in a lot of ways; depending on the subject. I try to surround myself with people smarter than me. And, I listen well. Actually, I have a few degrees hanging on my wall. But, in some ways I think I may be smarter than the one who never quits talking. You know the one. I am less likely to say the thing I wish I hadn’t said, because I didn’t think before I talked. It happens, but not as often as it might for some.

Sadly, some have thought I am arrogant or don’t like people

That is definitely not true. Honestly, I love everyone. I have a Biblical commitment and a personal goal to do so. Whether or not I talk to you will not be a good determination of whether or not I like you. It might even mean I respect you enough to listen more than speak. Maybe.

Some have thought I need someone to talk for me

And, actually I’d rather you not. Now that said, I sometimes let my wife talk for me. She’s good at it too. But, if I have an opinion I think needs sharing, I’ll speak for myself. Or regret later than I didn’t. But, either way, please don’t try to be my voice.

And, some have even told me I need to change, mature, grow as a person or leader

Yea, I had that said a number of times as a pastor. But, let me assure you there’s nothing wrong with me. Actually, there’s a lot wrong with me, but introversion isn’t one of the things. I’m just quieter than some leaders you may know — or your immediate perception of a leader.

Those are some of the false assumptions that have been made of this introvert.

Introverts, what misunderstandings have been made about you?