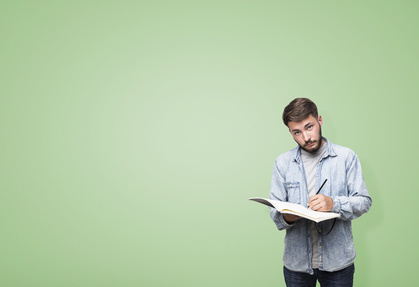 I heard of a very well known band who demanded Skittles and M&M’s in their dressing room prior to the show, but there was always one color, which had to be removed. The color consistently changed. If the band showed up and the requirement wasn’t fulfilled exactly as requested they would pitch a fit.

It may sound extreme, and I was also told they did it to test how willing the hosting group was to pay attention to details, but it’s still a little quirky, in my opinion.

But, they were a great band and was in huge demand, so if you wanted them in your venue you simply made sure that one color was removed.

It reminds me of an important leadership principle.

If you want to work with excellence you often have to deal with quirky.

Some of the most excellent people at a certain task will come with their own quirks.

I’m not going to share examples in this post, because I don’t want to single out people I’ve worked with who fit this principle. Plus, you likely know who they are on your team. They may be super at completing projects, flawless with details, but they can be a baby sometimes if things don’t go their way. They might be extremely creative, but they have to have a certain setting in order to create. Perhaps they have to be left alone, unbothered when they are doing their best work. The gifts they bring to the team are invaluable, but they can easily get their feelings hurt and need consistent reassurance.

I’m talking about people who, if they didn’t have a few quirks, would be amazing. They are great people, they simply have a few idiosyncrasies you have to deal with if they are on your team. They like things a certain way. They have pet peeves.

You often have to determine whether the quirks are minimized enough by the excellence you receive from the person.

As a leader I have to remember, I have my own quirks. I have my own pet peeves and my certain ways of doing things. It comes with working with me. We all have our quirks.

Don’t dismiss people with quirks. It often leads to excellence. And, remember, their quirks may simply be ways they are different from you.