10 Attributes of a Humble Leader 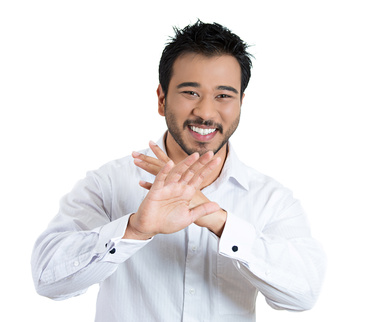 Almost a decade ago I recruited a mentor. He was more than 20 years older than me, had been widely successful, and was extremely respected in our community. I admired his business success, his family life, and his standing in the community — but I didn’t ask him to mentor me in any of these areas.

I wanted him to mentor me because of the humility I observed in his life.

If you didn’t know he was successful — you would have never known it from him.

Humility is a desired, but often neglected characteristic of good, servant leadership. It seems in the day of platform-building and social media the more we promote ourselves online, the more the characteristic of humility is being forgotten and certainly is less celebrated. (As one who has an online presence, I consistently sense God reminding me that I’ve been on the bottom and I can return there.)

Pride is a struggle for many leaders (author included), but we must strive to bring humility to our leadership roles.

What is humility in leadership? What are some characteristics of a humble leader?

Of course, the real example of humility is Jesus. And, as I already knew, He was the mentor of my earthly mentor. Spending time with this mentor I learned a few things I am still striving to live. I haven’t mastered them, but I have better targets.

Here are 10 attributes of a humble leader:

Humility always demands a certain level of trust. Obviously, for a believer, it begins with a trust in God. But, a humble leader is willing to take a risk on others also, trusting them with the sacredness of the vision, even at the chance they may be disappointed with the outcome.

Humble leaders know the vision is bigger and will last longer than they will. Wow! That’s a hard reality, isn’t it? But, knowing this humble leaders willingly invest in others, raising up and maturing new leaders.

One can’t be a leader and be weak. The two — weakness and leadership — don’t go together. Every position of leadership will provide a challenge to the leader, but humble leaders have learned the balance between being gentle and remaining strong. (Think Jesus!)

Everyone makes mistakes. In fact, we often learn more through failure than through success. The humble leader is quick to admit when he or she has done wrong and deals with the fault-out without casting blame or making excuses. And, they seek forgiveness when the mistakes they make impact others.

Leadership is filled with disappointment; often at the expense of other’s mistakes. A humble leader forgives easily, remembering how many times he or she has been forgiven.

We all like to be recognized for accomplishments, but a humble leader is quick to divert attention to others, sharing the limelight for successes with those, who many times, may have even had more to do with the success than the leader did. They celebrate the success of others louder than personal success

A humble leader is appreciative of the input of others into his or her leadership. So much so, that a humble leader naturally praises the actions of others far more than the time spent patting themselves on the back for personal accomplishments. Humble leaders recognize that all good gifts come from above.

No one can do everything. A humble has the ability to say, “I can’t do that or I’m not the one who should“.

Humble leaders don’t take all the key assignments for themselves, but gives out prime responsibility and authority to people he or she is leading.

A humble leader wants to learn from his or her mistakes and wants to continually see improvement. Humble leaders initiate other’s suggestions and feedback, not waiting until complaints come, but personally asking for the input.

Humility is not putting yourself down as a leader. It’s ultimately recognizing who you are in view of Christ and others. The danger in not being a humble leader or considering ourselves better than others, is that one day we may be “humbled”. Many of us learn humility the hard way.