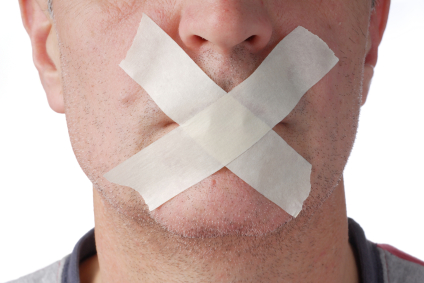 Leadership is influence, so the words a leader says are powerful. Therefore, leaders must choose their words carefully.

One piece of advice I give leaders frequently is not to share everything they know. It doesn’t mean they don’t share information – that’s a key to great leadership, but there are times to share and times not to share.

Sharing your next great idea with a crowded room, before you’ve shared it with key stakeholders or your individual team – is not very strategic.

Blasting out a correction of someone or something – before you’ve examined all sides – that’s not very smart.

Releasing someone else’s private information – without their permission – it’s not only poor leadership – it’s wrong.

Going from one idea to another idea rapidly before people have a chance to digest one idea – it will wear people out on your team.

I see leaders get excited, underestimate the power of their influence, fail to realize the heaviness of the moment – and, simply forget what they are saying is being listened to closely. It’s not being strategic.

And, what we say as leaders is always subject to interpretation. People hear one thing and interpret it into something bigger. (Which is always the case in leadership, but makes my point in this post even more important.)

Leaders often say things they wouldn’t say if they had time to think about it.

I must admit, I’ve been there so many times. I’ve stuck my foot in my mouth and regretted what I said. This is an area of constant discipline for me also.

The problem for us as leaders is when we don’t think beyond the present moment – when we don’t think about the moments after the moment. How are people going to receive this information? What is the impact of what I’m about to say? Have I given this adequate time to think about before I say it? Is this the right first audience? Do I need to get more input before I go public with this thought? Have I prayed about this?

Great leaders train and discipline themselves to strategically think in the moment.

Sometimes this means they learn to not say anything at all until they’ve had time to plan their response.

One quick tip of how I do this. I write ideas in “Notes” app on my iPhone or iPad, or Evernote for bigger ideas, and I sit with them for a while. It could be an hour, a day, a week or a month, but I process it personally and with God – with advisors if needed – before I release it to our team. And, I almost always start with a smaller group before I release an idea to a larger group. I would never, for example, share an idea on Sunday with the church until I’ve unpacked it with our staff.

As leaders, we must learn to control our tongue in the moments, because the moments matter in leadership.