Bro. Laida: My Interview with a 92 Year Old Pastor, Part 1 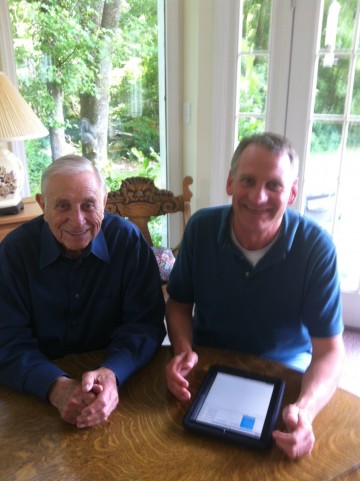 This is the introduction video to my interview with Dr. John David Laida. These were filmed in 2012, at Dr. Laida’s home. Thanks for the assistance of my friend Jim Bell for working the camera.

Brother Laida, as we always referred to him, was my pastor growing up. He served as senior pastor for 28 years at First Baptist Church, Clarksville, Tennessee and under his leadership the church grew every year. He served as president of the Tennessee Baptist Convention and was a respected man in the community.

After retirement, Bro. Laida remained active. He preached almost every week for another 30 plus years and helped dozens of churches in transition as an interim pastor. At the time of this filming, he was about to turn 93 years old and had just taken the interim job of my home church, First Baptist Clarksville. He remains respected highly in this region for his wit, wisdom and faithful service.

In this video, you’ll get an introduction into the beginning days of Brother Laida. It’s fascinating to hear his perspective on his earlier days of life and ministry.

This is a five part interview and this is the longest. Most will be 5 or 6 minutes in length. I hope you’ll enjoy learning from one of my mentor’s and spiritual heroes.